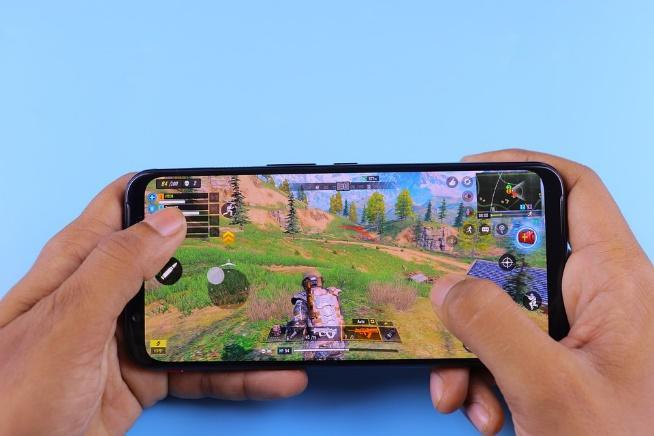 Mobile gaming is not a new thing, but it is steadily growing in popularity as people begin to understand the benefits of switching to their phones instead of picking up their controllers. For example, it means people don’t have to own another device in addition to their phones, as they can play games on their phones. As smartphones act as an infotainment hub, players will realise that they can do more than play video games. Calling, chatting, and streaming are all easily done with phones, and people can even use them to gamble too – by accessing a comprehensive list of mobile casinos, users can receive great gambling experiences. There is no doubt that the pure utility of smartphones cements them as not only great gaming devices but the ultimate devices in entertainment and communication.

When it comes to mobile gaming, there are plenty of advantages to be found, but a major disadvantage is that many games are still not supported on the platform. However, it might surprise some gamers to learn that the mobile gaming scene is changing and its biggest flaw is being addressed as many popular games are coming to mobile. For those who are interested and are considering switching, here are some of the best mobile games that are coming out this year.

Every gamer should have heard of Apex Legends as it is touted by many to be the king of the battle royale genre, overcoming fierce opposition such as Fortnite and Warzone. EA and Respawn Entertainment have identified the desire for mobile gamers to be able to play battle royale games, and so they have decided to port the game over to mobile. If the mobile experience is anything like what can be found on consoles and PC, then mobile gamers are in for a good time indeed.

This is another online multiplayer game but it differs from Apex as it is not a battle royale. Instead, it is a more intimate, 5v5 tactical FPS that will demand the best of people who play it. Valorant is made by Riot Games and follows a similar gameplay style that players will find is reminiscent of CSGO. Utilising the popular ‘hero’ system, players can choose Agents who each have different abilities that synergise and counter each other.

The Just Cause series has been around since 2006 and has accumulated a loyal fanbase of players since then. Players simply fell in love with some of the chaotic exploits that they could get up to thanks to the physics engine that is present in most of the games. The mobile version promises the same kind of chaos across multiple game modes, giving mobile players a choice of how they want to play.

2022 looks set to be a great year for mobile gaming, and although the technology has a long way to go before it can challenge dedicated video game devices, there is no doubt that the gap is getting smaller.