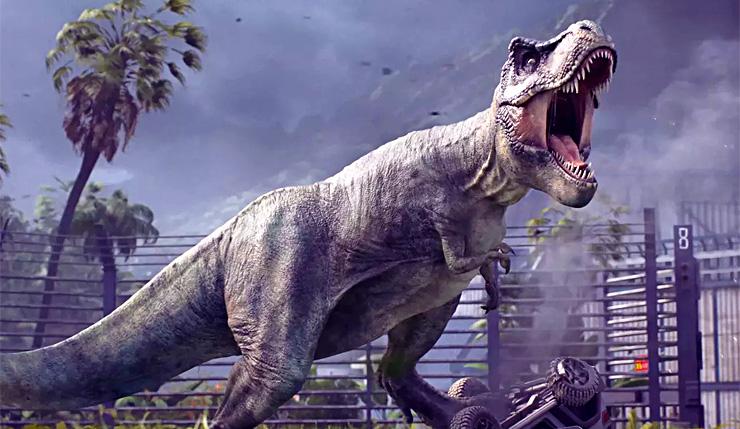 The month of June 2018 is crucial for Jurassic Park lovers! As everyone is eager to watch the latest Jurassic World: Fallen Kingdom movie, gamers are looking forward to Jurassic World Evolution. Set to release on the 12th of June 2018, it is a much-awaited business simulation video game by Frontier Developments.

As its name suggests, Jurassic World Evolution is based on the gigantic creatures in Jurassic World theme park. Get the chance to see the dinosaurs on 5 fictional islands of the Las Cinco Muertes Archipelago. One of the islands is Isla Nublar which you can also see in the movie, Jurassic World – Fallen Kingdom. Enjoy the vivid 3D graphics as the dinosaurs’ roam the lush green forest. Be ready for a great adventure as you build 5-star parks across the islands!

Wondering how to play Jurassic World Evolution? Your starting point is Isla Matanceros where your goal is to achieve a 4-star park rating. Next, move to Isla Nublar, the setting for the sandbox mode, which is different from the career mode. Any building upgrades or dinosaurs you unlocked in the career mode are transferred to the sandbox one. If there are locked items during the career mode, these remain intact during sandbox.

Initially, there are 40 dinosaur species on the game. Look out for Dr. Ian Malcolm who can help you throughout your gameplay. Meet other key figures who represent the 3 branches of the park’s development, namely: Entertainment, Security and Science. Each of them gives you contracts to complete which consist of a series of objectives. More narrative is thus added to the game. During your gameplay, do not hesitate to use the different tools and features available, such as: DNA Control, DNA Sequencing or building and terrain tools, amongst others.

Guess what! The dinosaur models used on Jurassic World Evolution are provided by Universal Pictures, which explains the high-end graphics. It is obvious that the developers closely watched the many Jurassic Park and Jurassic World movies before creating the game. The sound effects and audio are also taken from the movies. Even the behaviour of the dinosaurs is inspired by them!

Jurassic World Evolution was initially announced on the 20th of August 2017 at Gamescom 2017. A footage of its in-game engine was also showcased during the first annual Frontier Expo. Work started on the game as of March 2018. Its digital release for PC, PlayStation 4 and Xbox One is planned for the 12th of June 2018. The physical release for PlayStation 4 and Xbox One are planned for the 3rd of July 2018. A free game update is also scheduled for release simultaneously with the movie, Jurassic World: Fallen Kingdom. Watch out for these dates!