Home Blogs How the iGaming Grew Into a $72 Billion Industry in Less Than...

Today, it’s incredibly easy to play all your favorite card games on the internet. You just have to whip out your phone or fire up your laptop, click or tap a few buttons, and you’ll have the game ready and waiting.

It wasn’t always like this though. Until the early 2000s, iGaming companies, which offer most forms of online wagering, were not commonplace. And half a decade before that, no iGaming existed at all.

Yet today, the global market for poker, sportsbooks, and other forms of digital betting has grown to be worth around $72 billion and is expected to balloon to twice that amount before 2030.

How was this impressive feat achieved? Let’s take a look.

Similar to ecommerce, the concept for placing bets remotely was something that academics and creative thinkers had been hypothesizing about for quite some time before the first steps were taken for iGaming to get off the ground.

It was in a place you probably wouldn’t expect that the first seeds were planted. It wasn’t the US, Japan, or even Europe that was the driving force behind the first iGaming sites. It was a small Caribbean nation called Antigua and Barbuda.

In late 1994, the country passed its Free Trade and Processing Zone Act, a law that permitted companies to operate iGaming sites from its shores by placing their servers there.

At the same time, Microsoft was gearing up to release Windows 95, its consumer operating system that helped achieve Bill Gates’ vision of having a computer in every home while also providing people with a way for them to access the internet.

The first iGaming site launched shortly afterward, offering a lottery to citizens in Switzerland, but it wouldn’t take long for card games like poker to be on the table too.

Just like everything else on the internet, iGaming enjoyed an explosion in demand from consumers in the late 1990s and early 2000s as more people discovered the fun and convenience that it offered over traditional land-based alternatives.

Around 2003, a period known as the poker boom took place as excitement in the game skyrocketed. To cater to these new players, sites like PokerStars began to provide information and guides about poker, such as hand rankings, the mechanics of the game, and the difference between variants.

This is a practice that continues today as brands look to provide value to their customers. 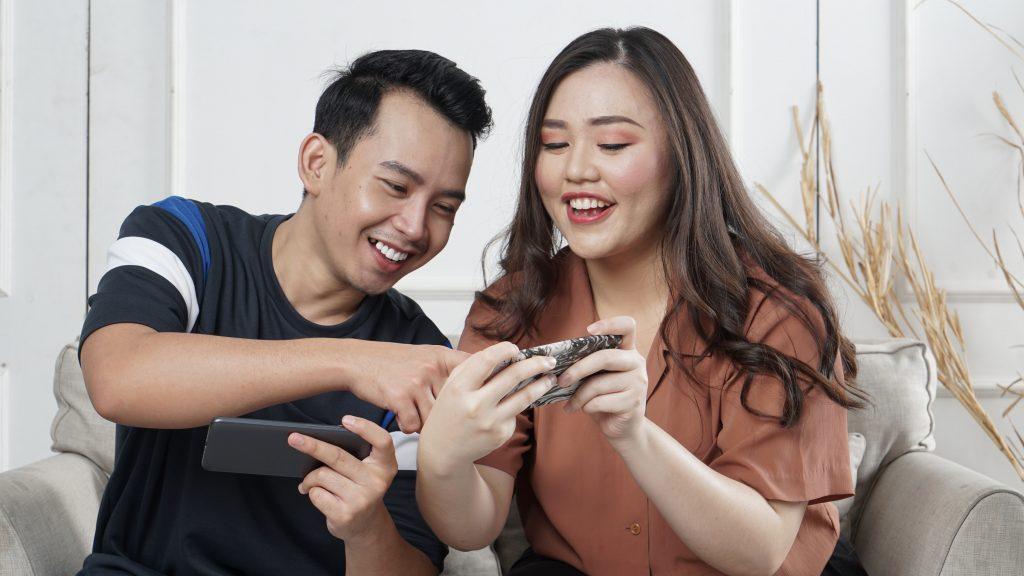 Like just about every other area of life, iGaming was revolutionized by the advent of the smartphone.

Steve Jobs revealed the iPhone to the world in January 2007 with the first units going on sale in the middle of the year. Within a couple of years, apps were becoming commonplace for everything from banking to navigating, though games quickly became one of the biggest categories in the Apple App Store.

This remains the case today, with mobile versions of many popular titles, including Albion Online, being downloaded en masse.

Just as iGaming companies embraced the computer and the internet, they took full advantage of the benefits of this new technology and created new ways for their players to enjoy their content.

The convenience offered by mobile devices has helped the format to become the most popular way of accessing iGaming services, similar to how smartphones and tablets now account for the majority of internet traffic.

Throughout its history, the iGaming industry has embraced new technologies and used them to offer more convenience and a better experience for its customers. This has continued in more recent years.

For example, some companies have begun to create virtual reality versions of their games that let players sit in an immersive game world and experience card games in a way that was not possible before.

Online streaming has also been used by some companies to offer live dealer games and to broadcast events. This is incredibly popular during major competitions like the World Series of Poker with fans of the sport tuning in in their millions to watch the best players in the world battle each other at the felt.

It is, therefore, likely that we’ll see iGaming companies to continue to embrace new technological developments in the future since the practice has what has made them so successful up until now.