Home News What to Expect From VCT Champions 2022 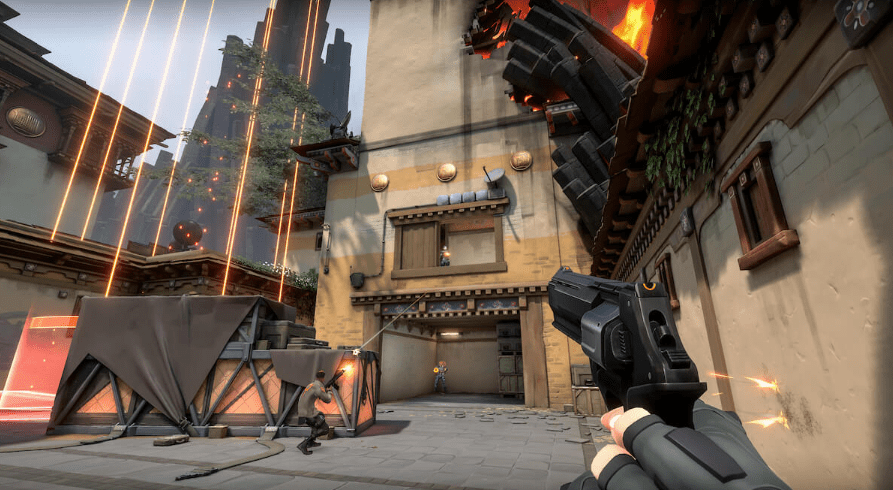 The winner of VCT 2021, which was concluded in the past few days, was the Acend team. The competition and struggle have been at such a high level that most Valorant fans have already started to wonder about the Valorant tournaments that will be held in 2022. Fans are keeping their eyes on new tournaments, especially as popular teams like Cloud9, Sentinels, Fnatic, and Team Liquid were eliminated sooner than expected.

After the successful first Valorant World Championship, Riot Games published a series of statements and started drawing the 2022 Valorant Tour Roadmap. In a statement, Riot Games touched on the changes and goals made to make Valorant the world’s largest FPS eSports. Let’s look at the details of VCT 2022 together.

All Details About EMEA VCT 2022

The most crucial detail that Riot Games aims for Valorant Champions Tour is the construction of a wide ecosystem that includes amateur players from all regions of the world. In short, VCT 2022 looks like it will enable a wide region and high-level competition. 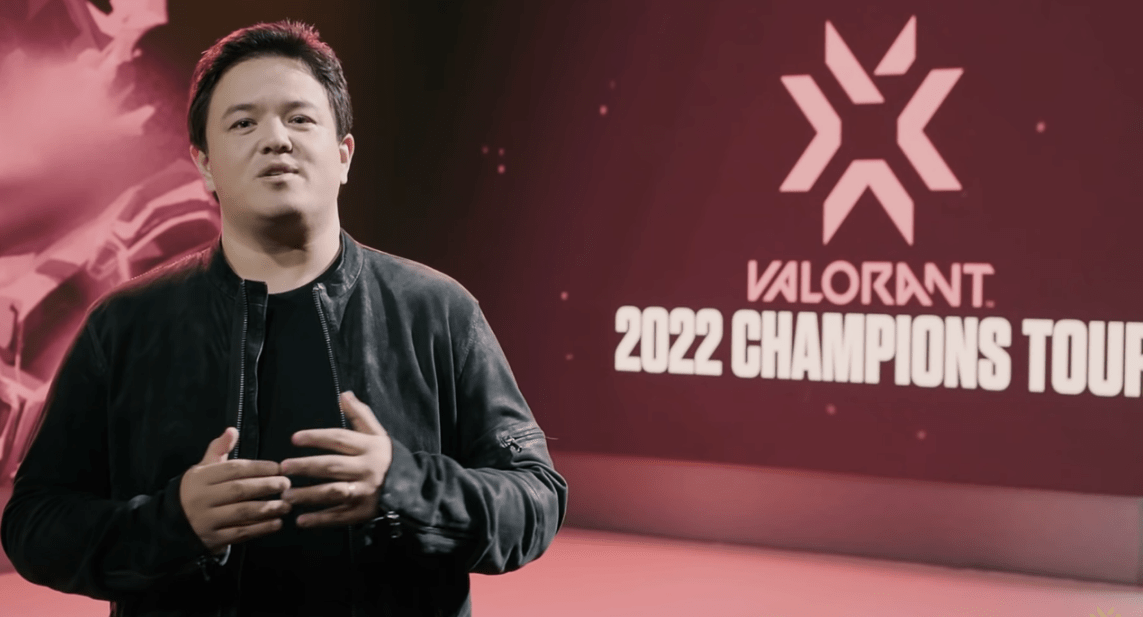 Now let’s see step by step what changes await us in VCT 2022.

Here is the VCT 2022 calendar that everyone is eagerly waiting for: 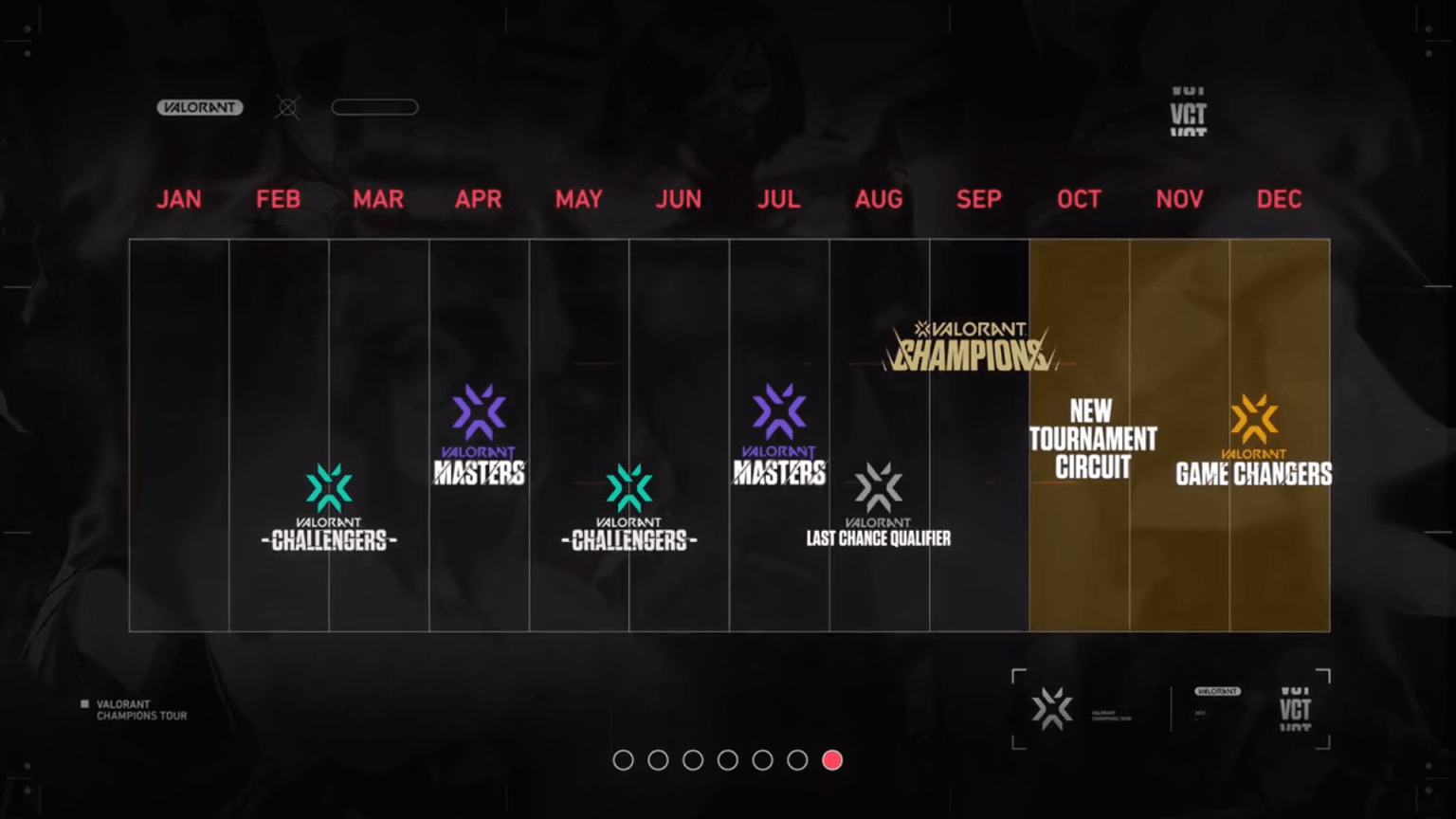 National Leagues Are On The Way

Riot Games will soon begin advertising country-specific leagues. According to previously released information, Riot may launch national leagues in the next few days. The region having the most of these leagues will be Europe in particular.

Outside of the intense VCT schedule, Riot will also accept third-party events. From October till the end of the year, this procedure will continue.

This incentive is great for Valorant’s followers, bettors and enthusiasts. Fans can now follow a national favorite and place bets on National Valorant teams using crypto or fiat. To a serious extent, this is something we only see in established sports and it is clear that it makes a better experience for both the players and the fans.

Matches Can Be Face-to-face

2021 has been a very challenging year for both players and Valorant players. But the matches were held, although not face-to-face. Rumors that this year’s VCT tournament may be face-to-face are already circulating.

Face-to-face matches, as everyone wants, are the moments when the competition and excitement are at their peak. This year’s matches were not like that due to Covid, but Riot gave signs that the matches in 2022 could be face-to-face. We have a minimal wealth of information at the moment as Riot has yet to provide definitive information on how the format will work or how long it will take.

If you think about how the online gaming industry grew during Covid, you can see how difficult and troublesome times they went through and that many things were disrupted, including face-to-face tournaments.

Game Changers Will Be In LAN Format

The Game Changers tournament was one of the most eagerly anticipated events. A Champions stage has been added to Game Changers. This will be played in LAN style throughout the world.

Challenger events may be a little different this year. It will now be an open qualifier with 128 teams participating in a single weekend instead of being held over multiple weeks. Then the top 12 successful teams will start a 7-week competition.

Round-robin matches will be played for the first five weeks of the main event, followed by double-elimination playoffs to determine which NA teams would represent the region in the Masters events. The format of both Stage 1 and Stage 2 tournaments is the same.

Game Changers events are thought to be in the same format as last year. We can say that this idea was reached because the format was played over two weekends in each series, similar to the dates last year.

“There is no offseason – simply preparation for 2023,” Riot said in a news statement. There is little information about what this tournament circuit will include, apart from the fact that it will be comparable to the 2020 Ignition Series and that Riot will collaborate with third-party tournament organizers to bring more competitive Valorant to the table.

If you know the convergence between video games and online gambling, you should also know that Valorant has a very big impact on betting. Bettors are eager to learn more about the new format of VCT, so they can act accordingly.

In this article, we explained what awaits us in VCT 2022, the continuation of the recently concluded Valorant Champions Tournament 2021. We’ve shared format changes, new progressions, new tournaments, and more.

If you are also a Valorant betting enthusiast and are wondering what changes await the teams you will bet on in the future, we have shared all the available information with you. More information will be known as the 2022 tournament approaches. For now, we can see that quite a lot has changed from what has been published. You can also take it one step further and read news from trusted platforms to stay up to date on what’s happening in the Valorant scene.

Although these may seem like small changes, they are actually important information that can change the whole course of a team. Therefore, if you are a fan of Valorant tournaments, you should take this information seriously.

If you have any questions or want to add anything, please do not hesitate to contact us. We are ready to provide all the necessary information for you. Have a good game, player!

Advantages of Mobile Gaming and The Future of Microtransactions