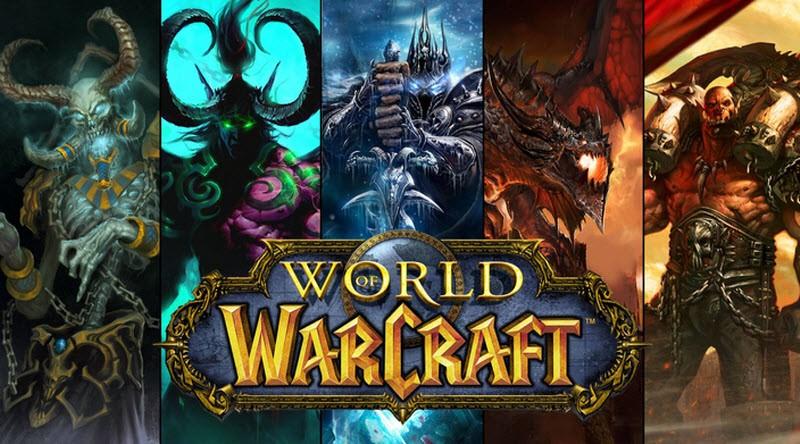 The Massively Multiplayer Online Role-Playing Games (MMORPG) have been here for over a decade, and while we may conclude that the game has only stayed relevant because of its hardcore gamers. I’m here to tell you those hardcore gamers stayed loyal because those games grabbed and kept their attention. MMO games like Elder Scrolls Online, Star Wars: The Old Republic, Eve Online, and the Master of all – World Of Warcraft have done what marketer’s dream of and practically live for – To establish a product that leaves the customer coming back for more. In this article, we look at the marketing lessons we can learn from these MMO games.

Free Trials to Get Customers Hooked

When Blizzard Entertainment first released World of Warcraft in 2004, it hit with a bang. It outsold all PC games in 2005 and 2006. But along the line, Blizzard needed more players to take an interest. It needed more people to purchase the game, and so it did something that would set the trend in the MMO gaming industry. Blizzard made War of Warcraft free to play. The idea was to let registration and gameplay be free.

The new gamers had access to all the game features, but there was a catch – it was free until level 20 of your character development. The team behind WoW’s (War of Warcraft) plan was to allow the players to experience the joy of playing the game and, by level 20, if they enjoy the experience, they will subscribe and pay for it. This marketing scheme worked like a charm.

This change saw the sales and subscription balloon. (Although now you don’t need to buy the game anymore as it’s on a subscription basis). At the height of the popularity of Wow, it had over 12 million subscribers—something unheard of at the time. This trend has continued with most MMO games and has become a norm in the MMO gaming sphere.

Concerning marketing, if you have a product you are confident about, offer a free trial period to your customer. This method is already popular, and it’s always a sure-fire way of working. It works because the customer has nothing to lose, and they get to try a product or service. If they like it, they continue to patronize, and if not, stop.

MMO does something most marketers are aware of already, storytelling. MMO excels in captivating you in their world. Take WoW – they have stayed relevant by adding new stories, maps, and characters to their world.

This act has often captured the attention of the old players while also appealing to the new players. The stories of World of Warcraft tells are relatable to their target audience, and they are stories of different creatures, races, magic, war, and adventure. It is genuinely what the audience craves, somewhere magical.

Marketing can learn the act of perfectly weaving a story into a product. Coca-Cola has succeeded in doing this in their adverts, which concentrate on people. Their advert touches on unity, joy, and overcoming the impossible – themes that resonate with people. Companies need to allow their customers to see beyond the product/service and get hooked on their story.

MMO allows you to explore the gaming world. You can complete tasks, get rewarded, interact with other gamers, and beat records. That feeling of having a choice makes MMO personalized for each individual. You have the option to take part or not in events. Choose to expand your world (buy game expansion) or play with friends. The feeling of being in charge and experiencing your personalized gaming experience makes MMO remarkable.

The marketing lesson from this is to make the customer feel they’re in charge. Don’t force add-ons or updates on them. Let them see the reason to do so by educating them through blogs, videos, or lessons. Give them the proper push towards getting upgrades without outright forcing them. It’s a common marketing trick to upsell or register unsuspecting customers to long-term commitment without their knowledge. Many of these tactics will bring short-term returns, but if you are looking to stay in business over the long hurl, it’s best to avoid these tactics.

A brilliant lesson from MMOs is the rewards engraved in the system. Most modern MMOs will try to assist you with simple missions and essential items you can use to start your gaming adventure, and MMOs don’t do this only for newcomers but for old players too.

These games reward achievements in-game by giving rare items and bonus items, giving the players the incentives to continue playing the game. Players who have gotten the rewards then speak to other players, giving those players reasons to either play for those rewards or similar ones in the future.

As a company, understand the most influential marketers are your existing customer. Taking care of your existing customer base is synonymous with advertising through them. Human beings as social creatures will want to share the news about the reward or freebies they receive from a company. So marketers don’t contact and reward patronage only during the holidays but also during the “normal” days.

A marketer can also entice new customers by tying their registration to a free product or service to gain the attention and trust of the new customer.

Before the release of World of Warcraft, Blizzard announced the game in 2001, three years before the launch. And they had been working on the game longer than that. Most MMO games like movies give us a postal, an image, a trailer, and finally, the product itself. Marketers can learn a few things from here.

An example is Apple’s first iPhone; before the launch of the iPhone series, Steve Jobs announced it six months before its release. Then came five adverts between that period, and all of this was to prepare the customers for the new phone.

The aim of a pre-launch of a product is to get customers excited for it, ready to buy when the product is released. As a marketing lesson, we already understand this, but we can also execute it another way – which is through influencers.

Paying big bucks for ads isn’t the only way to go about a pre-launch anymore. Influencers play a vital role in marketing these days, and having them on board to either partner or endorse your product is also an excellent pre-launch idea.

Aim to build a thriving community

MMO thrives because of its loyal and knowledgeable community. It’s one reason these games stand the test of time. Building a community is interacting with that community. It means creating an avenue to hear them speak – and not just hearing them talk alone, but also listening and replying to them accordingly.

An example was when Blizzard wanted to work with Facebook. The plan was to have users use their real names on the game, so they are easy to locate on Facebook. Facebook presented it as the ideal solution for those who wanted to become friends in real life. This idea did not go down well with Wow players, so Blizzard scrapped the idea. This example is one of many in the MMO sphere of game developers listening to their audience.

The marketing lesson here is to give your customer an avenue to speak about your product and service and do what you can to attend to them. You can create social media channels to achieve this goal and regularly interact with people on these platforms.

In conclusion, MMO games are indeed a wonder and have gifted us some lessons to learn as businesses or individuals. The strategies these companies have pulled work wonders and have seen some of the most successful games thrive off of them. Companies can implement some of these lessons with a good chance of success.