Home Blogs WoW Shadowlands: What to Do After Reaching Level 60 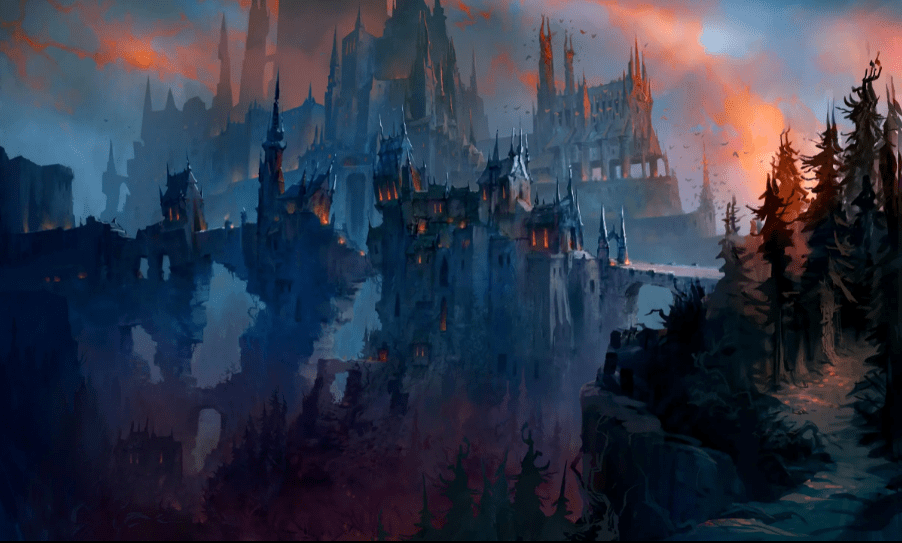 Did you know that World of Warcraft Shadowlands has tons of end-game content for you to dominate? We’re talking quests, battles, dungeons, and so much more!

While reaching level 60 might seem like the end of your run in this iteration, the gameplay available after this milestone is insanely impressive. If you like raids, battling against mobs, or completing quests as part of a team, then the end-game content is sure to keep you entertained for hours.

After reaching level 60, players unlock a variety of new journeys like joining a covenant, battling through Torghast, and even building legendary armor and weapons. If you’re at level 60, or close to reaching it, you’ll want to read on to learn more about all of the epic gameplay that awaits you.

End-game content is the playable subject matter that players have access to after “beating” the game, or in this case, reaching the level cap. End-game content in Shadowlands becomes unlocked at level 60. If you’re not currently at this level, it would be wise to use a WoW Boosting Service (like Leprestore) to get you there as quickly as possible.

From this level, players have the ability to join a covenant, play in raids, craft legendary weapons, and so much more. If you’re looking for a new challenge, or are getting bored with gathering supplies, the end-game content is the way to go.

Torghast, Tower of the Damned

After reaching level 60, players gain access to their first quest in Oribos. After completing the quest, players unlock Torghast. This tower is a prison to the Runecarver and is located in the center of the Maw. Essentially, the Tower of the Damned is a new game-mode that requires you to travel through the labyrinth of the tower to defeat enemies and collect Soul Ash that you can then use to craft legendaries. The tower is designed to allow infinite playability, so every entry grants a brand new adventure.

Additionally, after unlocking Torghast, players also unlock the ability to call upon the Runecarver to etch ancient incantations onto their armor in order to fill it with legendary powers.

Another thing level 60 players like you can do, is participate in the Sanctum of Domination Raid. While technically players only need to have a minimum item of level 125, most guides suggest reaching level 60 before attempting. The primary reason for this recommendation is that this raid is insanely challenging.

In this raid, you’ll defeat merciless enemies like the Tarragrue, The Nine, Painsmith Razal, and Sylvanas Windrunner herself. This raid rewards victors with epic weaponry including the hunter’s bow Rae’shalare, Death’s Whisper.

As you progress through the questline after reaching the level cap, you’ll gain the ability to Soulbind. Soulbinding is the action of binding your player character’s soul to a certain vital member of your covenant. By doing this, you unlock access to exclusive combat traits and bonuses. For more information about Soulbinding, check out this article from Wowpedia.

After leveling through to level 60, you’ll have the option to join a covenant. There are four covenants to choose from in Shadowlands. These include Kyrian, Venthyr, Necrolord, and Night Fae. Each of these covenants hold a specific role in the world of Azeroth and have their own unique character traits.

The Kyrian Covenant is responsible for transporting souls between the land of the living and the land of the dead. The Kyrian are called to roles of eternal service and they value humility, service, and virtue more than anything.

The Venthyr Covenant is responsible for preparing burdened and unworthy souls for their future in a covenant. They provide guidance and help souls like these harness their powers for the benefit of the Venthyr, or to find redemption and follow their eternal journey with another covenant. If it weren’t for the Venthyr, many of these souls would find themselves sentenced to an eternity in the Maw.

The Necrolord Covenant are the protectors of the Shadowlands. They are a ruthless military group that value strength and power over everything else. If you choose to join this covenant be prepared to constantly prove yourself to the group. They believe in survival of the fittest, and will stop at no cost to ensure that their covenant is as strong as ever.

The Night Fae are the guardians of nature and guide the cycles of life and death. Similar to the Kyrian, the Night Fae deliver powerful souls of nature to their afterlife realms for rest and rebirth.

While players below level 60 can still interact with the covenants through general gameplay, after entering the end-game sequence, players must align with one of them in order to continue expanding the storyline.

On top of these new features, players will still have some classic World of Warcraft activities. While exploring the map, you’ll be able to take on 4 different bosses that rotate frequently. Upon defeating these bosses, you’ll earn high-tier loot, Legendary Power recipes, and other rewards.

Players will also be able to participate in two weekly dungeon quests from Ta’lan the Antiquary in Oribos. Additionally, there are two PvP quests that can be queued in the Enclave.

If you’re not quite at level cap, but are eager to unlock the epic end-game content and participate in exclusive quests, you may want to consider using a WoW Boost. Using a WoW carry service like Leprestore is the fastest way to level up in Shadowlands. You’ll gain access to Torghast, the Runecarver, and other end-game sequences without lifting a finger! Plus, you’ll finally be able to join the covenant you’ve been eyeing and unlock even more incredible content.

Now that you’re all read up on the epic adventures waiting for you after reaching level 60, it’s time to get back to gaming. If you’re yearning to dominate Torghast, or craft legendary weapons, it’s essential that you reach level 60 as soon as possible. For more information about WoW boosting, visit Leprestore today.