Home Blogs What are the secrets of winning at online massive multiplayer games?

Massive multiplayer games are a more recent phenomenon that has been embraced by players of all ages. These games can be played on the internet, and many of them have a solo mode as well as an online multiplayer option. The objective is to defeat other players from around the world in order to achieve victory, which usually culminates with some kind of reward for those who win. In this article we will explore  a couple of different strategies for success, for example teamwork, heavy artillery, and stealth. If you’re looking for tips on how to improve your chances of winning, then keep reading!

1. Knowing the basics of your game

It is the most  obvious point of them all, but it is common for players all around the globe to wonder why they cannot get better and in fact they do not know the basics of game mechanics, leveling rules or statistics used in this particular title. Games working on the same system, engine etc. might have similar dynamics and mechanics to each other, but sometimes changing the title you play may be a bit of a shock when you think that if you are a pro in one game, you will automatically be good in another. That is not entirely true, because sometimes games can be really different in the matter of controls.

2. Understanding what you’re up against

Statistics of your hero are the most important, and they are the center of focus for most of the players, but what are almost equally essential are your opponent stats and abilities. Sometimes you might get killed over and over again by someone who just comes out of nowhere or a monster that looks casual. If you want to prevent that, try looking at stats and abilities of your competitors in some way, and then try to find items or abilities in your arsenal to counter their most deadly attacks on you.

3. Figuring out how to play to your strengths and not the opponents’ weaknesses

This is a tricky one. Sometimes player pick heroes classes looking at what they would like to do, and not looking at which strategy is matching their game style. Some characters are definitely better in one thing than another, so you need to figure out what your hero does best and if you are able to enhance these abilities with your skills as a gamer. It is known that some heroes require better experience than others and beginners should not pick these top-tier ones, because they will lose the hero’s potential.

There are certain titles in which when you are an outsider without a party or guild, it is impossible for you to go far alone because people from guilds and teams will always be better than you. Teamwork is very important, and usually you need to find a party or create your own. Sometimes team play is not only about using better tactics; it might be all about better items as well, because points needed for teamwork are essentially coming from experience and gold given by the game developers. Guilds might have access to items and shops that are out of reach for other players.

In some situations and fights, there is no other way than resigning from a sophisticated skill-based battle, and switching to items that are just smashing everything. Some of these items might not be available for you to get during early gameplay, and they will take a while to be reachable and cost a lot of money, but it is worth the effort to buy them. When you reach that point in which your skill is useless, these power items might save you from losing miserably. 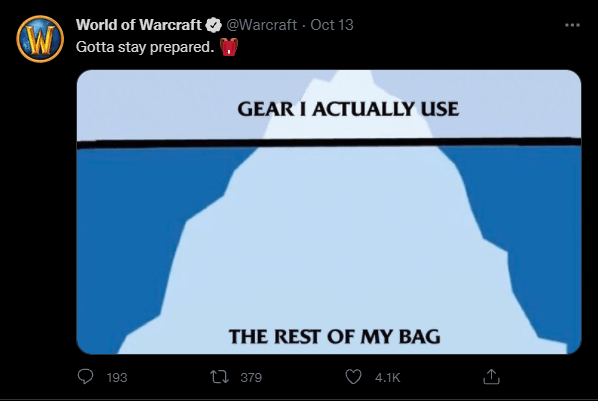 6. Using stealth when needed and watching out for stealth enemies

Stealth is an interesting skill in many games, and it might be out of reach for certain classes and heroes types. Characters that can use stealth at high levels might not be able to have high damage statistics because these two need to be balanced somehow. Hiding heroes can be useful for parties to drag attention away or to create ambushes. Watch over though because you are not the only one with access to this skill. Sometimes even NPC and AI enemies are able to use it and remain hidden for a while.

There are plenty of ways to earn money in games. You can pick items and sell them or fulfill paid tasks from NPCs and guilds. Also, many games provide in-game casino experience with casino-like games you can play against NPC or other players just like in casino online LV BET or any other platform. Some of them are even providers of such mini-games for big developers. You might even make money by buying and selling items to other players, but sometimes this is not recommended because of the game company’s security measures.

Most massive multiplayer games have complicated gameplay with many factors that influence your success in game. Sometimes it is not about how good you are at playing, but just spending enough time and money to get items and abilities that will make your chances of winning better. There is no real secret around this; it takes a lot of skill, time commitment and dedication to win at any of these games. Sometimes it is also about money, because you will not jump over players who are willing to spend hundreds of dollars on additional items and things that will make them better. You can always try your luck in LV BET casino and win money to gear up yourself!