Home Blogs How to Enjoy an MMO Experience Without Playing MMOs

We all love MMOs. However, like all good things, too much of something can cause it to become stale and tiresome. Therefore, it’s important to take a step back and try something different. Of course, given that there are certain many MMO elements that we enjoy, we don’t want to stray too far from the norm. The good news is that we don’t have to. While there are no direct substitutes for MMOs, there are games out there that have certain elements of the genre. This is something JDogg126 pointed out in a Reddit thread on the topic of MMO alternatives. They suggested that a lot of games people call MMOs are actually just multiplayer experiences with an RPG element.

In their words, games that people think are MMOs are actually lacking the “massively” component. Games such as Warframe, Destiny, and Division fall into this category, in their opinion. Some might disagree with JDogg126 about the nuances of MMOs. However, the broader point here is that we can get an MMO-like experience from games that put us in multiplayer scenarios. Even if there isn’t a story to follow or an open-world dynamic, there’s something in the experience of playing alongside and other people that we enjoy.

Therefore, if we use this as the basis for finding MMO alternatives, the internet is awash with options. For example, Grim Dawn straddles the line between multiplayer and single-player action. It’s technically an action role-playing game (ARPG), but there are co-op elements that make it feel like a multiplayer endeavor. However, at the same time, there are solo parts where you’re left to find your own way through the war-torn world of Cairn. So, while Grim Dawn certainly isn’t an MMO, it has qualities that make it feel like one.

Don’t Be Afraid to Think Outside of the Box

If we really want to think outside of the box and play games with MMO-like qualities, what about online poker and bingo? Both games take place in open worlds where the action never stops. Players connect to a central point (i.e. the lobby) and split off into different games. There isn’t a co-operative element to online poker or bingo but they are shared experiences. Indeed, when you’re sitting at an online poker table or in a bingo room, you’re there with other people. These people are real and you’re able to communicate with them. What’s more, you compete against them. Your actions will influence theirs and vice versa.

From here, we can add bingo live dealer casino games to the mix. Connect to a game such as live blackjack on Buzz and you’ll be joined by many players all focused on a single point i.e. the table. Then, just to add something unique to the mix, the dealer, the cards, and everything else you’re interacting with is a physical object. Again, when you play live dealer casino games, you’re enjoying a shared experience with other players and, in turn, everyone’s actions have an impact on the overall dynamics.

Embrace the Evolution and Experience Everything the Industry Offers

If we look at a standard definition of MMOs, we can see that co-operation and competition are key components of the genre. So, while online poker, bingo, and live casino games might seem like furthest thing from World of Warcraft, they’re not entirely different. The gaming industry has evolved massively over the last couple of decades. The combination of new technology, fresh ideas, and the internet have allowed the industry to flourish. Indeed, there’s a reason gaming is expected to be worth over $256 billion by 2025. 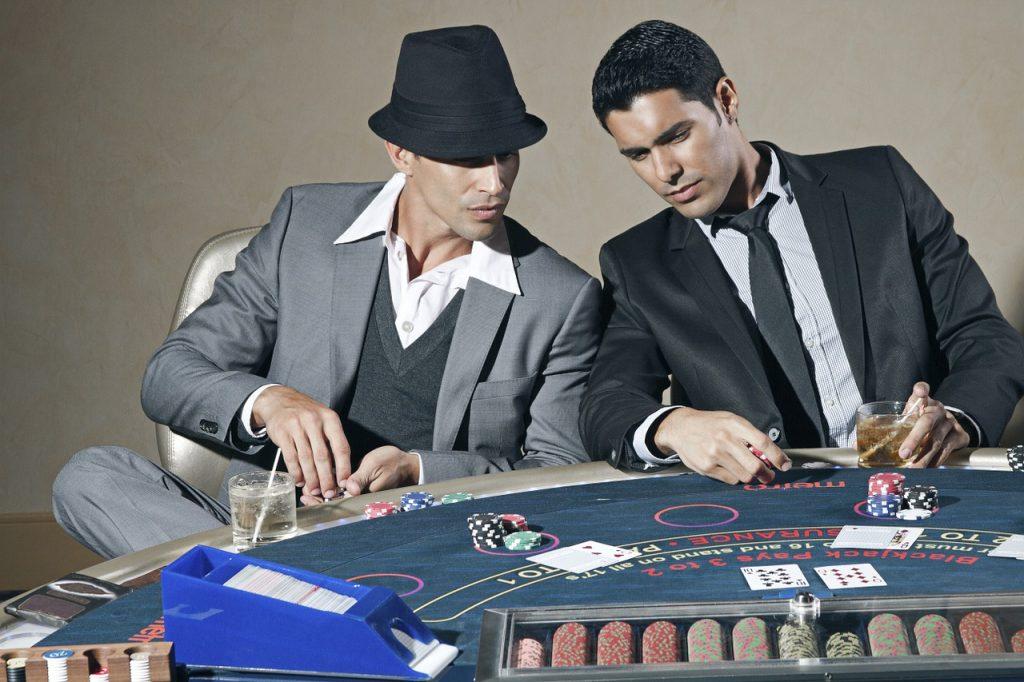 The good news for you is that this growth has brought new options into the mix. They might not be as exciting as MMOs, but they can be a great alternative when you’re looking for something similar but different. Put simply, the lesson here is to not only think outside the box but step out of it every once in a while. Not only will you discover new games, the break will make you appreciate your favorite MMOs even more.