Home News Advantages of Mobile Gaming and The Future of Microtransactions 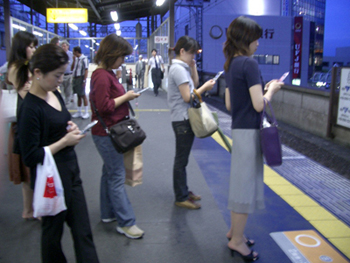 Technological advances have truly enabled the gaming industry to improve its services over the years. In today’s modern app market, the concept of app microtransactions for both mobile games and online casinos is not foreign to consumers of mobile technology. This feature has its advantages, its downsides, and its unsightly impact on consumers’ wallets.

Generally, game developers have introduced microtransactions to help improve users’ experience. For instance, a player could spend $15 to access new equipment. At the same time, some games could ask you for a little extra cash to have a new skin for your weapon.

In-game purchases that unlock specific features or even give the user special abilities, content or characters, better known as microtransactions, are becoming more and more integrated into mobile gaming. There are various styles of microtransactions, and some of the main ones are:

With that being said, many people think that this pay-to-win option is not friendly to the consumer. Studies even show that gamers who use in-game purchases are more likely to develop gambling problems.

However, despite microtransactions, traditional forms of gambling are still the most popular way for gamers to win money online. Online casinos provide their players thousands of games they can put their money on as well as many excellent online casino game features, which players love.

Even if you are not a gamer, you’ve most likely heard of microtransactions before. If you were to take a look at your phone’s app store, you would notice that almost all games in there have a little textbook that says “In-App Purchase.”.

Microtransactions truly come in all shapes and sizes. And most of the time, they’re cosmetic. And when it comes to cosmetic in-game purchases, most players don’t seem to mind.

However, some microtransactions can affect actual gameplay. For instance, a player can buy an upgrade that puts them in a better position to beat an opponent.

Generally, all pay to win aspects of games should be removed. Similarly, paying for cosmetics should remain in the game because they add something good to the game.

On the other hand, a portion of the money made from these purchases usually goes into creating more content for games. This means, without the funds, it would probably stunt game development.

Playing mobile games is an exciting way for an individual to train their brain. When you play games, you unconsciously improve your cognitive skills, especially if you play logic games.

Additionally, since mobile gamers need to use their muscles to play a game, it doesn’t come as a surprise that mobile gaming improves a player’s motor skills.

Finally, when you play games, you need to stay focused on a particular subject, so, in a way, playing a mobile game enhances players’ concentration.

The Future of Microtransactions

Not so long ago, some clever game developers figured out a way to make more money from users by keeping them spending money long after they’ve installed a game.

While gaming companies continue to include all sorts of transactions in their games, they are under a lot of pressure to make sure they handle them correctly.

Generally, when a gaming company releases a game with cosmetic features, they don’t get negative fallout. While, on the other hand, when players can buy an edge in the game, things quickly become very unfair.

Additionally, this sort of system is, in some cases, very exploitative. All these microtransactions are built to get people addicted, making it hard for them to start playing games without spending a little bit of money here and there.

We can pretty much guess the future of microtransactions. They certainly won’t be going anywhere anytime soon, and as time goes on, game developers will work on them to make them less like gambling.

Finally, it seems like Tencent is making a facial recognition system to verify player identity to keep younger users from excessive gaming on mobile devices. This is very good since kids are more likely to become addicted.