Home Blogs MK11 for Beginners — How to Have the Max Fun

You might know that feeling — everyone talks about a game, praising how cool it is and how much fun they have playing it, but then you finally launch it and… It doesn’t click somehow.

Quite often, the reason is that this particular game (or even this specific genre) is just not your cup of tea. But it is also possible that you don’t know how to approach this gaming experience. This is a common situation for big multiplayer games, such as Mortal Kombat 11.

This legendary fighting title is impressively huge. The series has been out there since the 1990s, so many gamers consider themselves hardcore MK fans. Naturally, the company has to please the army of highly competitive players with many deep mechanics and a breathtaking variety of possible fighting strategies. On the other hand, though, the developers’ effort to make their game accessible might seem a bit insufficient.

Please, don’t get me wrong! Everything is ok with the beginner-friendly features of Mortal Kombat 11. You have enough single-player modes, detailed tutorials, and actually all the help you might need. The potential issue has two aspects:

Both aspects are easily avoidable, and this article should be helpful for making your playing time in MK11 cheerful to the max.

It’s a well-known fact that fighting games become especially exciting when you start playing against other players. Mortal Kombat 11 is not an exception here. Multilayer matches involve coming up with unique strategies, activating all your skills, and attempting to outwit the opponent. But starting with multiplayer matches is a bad decision.

Even if you choose casual matchmaking where people do not fight for high ranks, you most certainly will meet players with at least basic experience. Being destroyed with no real chance to deal damage – that isn’t a fun start in MK11.

The opposite approach is also not the best. Some players delve into tutorials, practice each technique, and then become bored to tears without even starting the actual game.

Mortal Kombat 11 has a great Story Mode. You might need to take a quick look at the basic tutorial to understand the controls, neutral attacks, and some very simple combos. Then just let yourself enjoy the mystic battle between realms.

A bit later, you might feel like starting one of the other single-player modes. Do it not to reach the highest level of the Towers (for example) but just to mess around with the characters and fighting mechanics.

The start of your MK11 experiences should be fun-focused, not result-focused. Don’t set goals — just play the game. Don’t get stuck in one mode for a long time. Jump into online multiplayer whenever you feel ready. 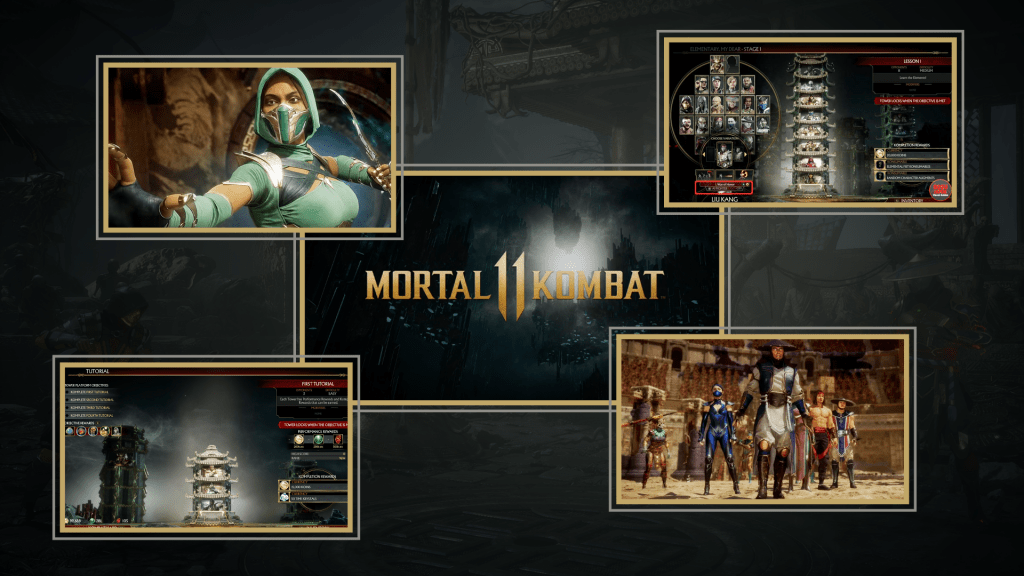 Mortal Kombat 11 Ultimate offers 37 characters in the roster. That’s quite a lot to choose from. And this choice could lead the beginners astray.

Again, we have two opposites here. The first mistake is to stick to one character and never even consider trying someone else. You might like how Scorpion looks like. Or you might enjoy the freezing abilities of Sub-Zero. And it’s totally ok to take them and practice them in matches. But then, you should consider playing other fighters as well.

MK11 characters are not only the images and cool abilities. They all give their specific feeling of playing. This feeling is based on their archetypes — but you don’t need to unnecessarily complicate stuff. Your personal playing style might be more suitable for some characters, and you need to get experience with them to feel them in action and check out your overall results with them.

The other opposite is an attempt to learn the whole roster. This might be a pro-decision — to be prepared for any matchup and be able to take any character to overplay your opponent. But that is a tremendous amount of work.

Give each character a bit of time to prove themselves. Explore the whole roster, and only then choose your main/secondary. 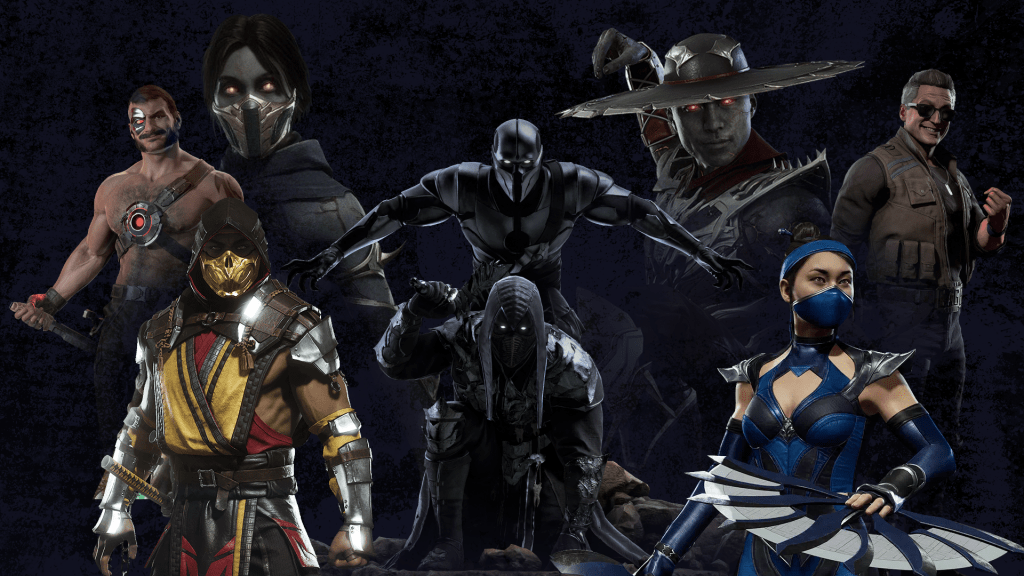 After completing the story and exploring the Towers, players might enter the stage of freedom — with no clear direction in their experience. It’s a confusing stage because you need to have an internal motivation to progress. Some players become a bit scared with the depth of further practice (frame data, for example, when you learn the “quickness” of different attacks). And if not delve into the practice, they get annoyed by non-stop losses.

Whenever you overwhelm yourself with something, you risk losing the spirit “I have fun” and replace it with “I have to do this.” Fun practice in MK11 means you learn the game at your own pace. Don’t try to remember all the combos at once — check out a new one and add it to your playstyle when you feel like doing so. Don’t break your brain with all the frame data — make this process slow and gradual, with one attack at a time.

At the same time, don’t be stuck at your current skill level and always look for ways for self-improvement. Mortal Kombat 11 is about getting victories in matches — they bring most of the fun. 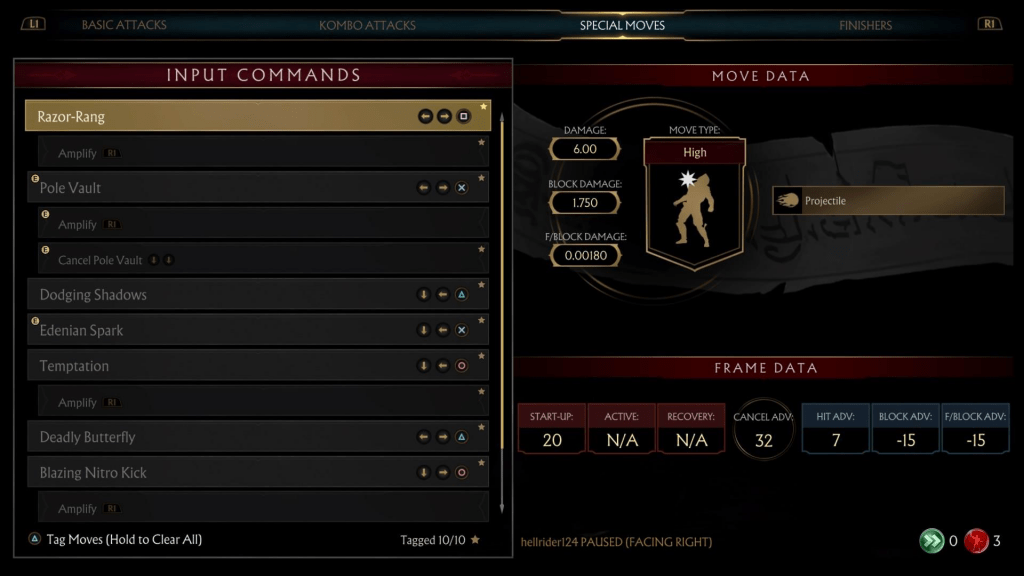 With everything connected to the game itself, it might be easy to forget that the game has a super powerful social aspect. Ok, it’s a competition between players, all right. But also, it’s a feeling of being part of a big community and having like-minded people all over the world.

Don’t limit your experience to “everything inside the game” only. Join communities on social media, discuss updates/tournaments/matches with your new friends, and just enjoy the game with your training buddies. 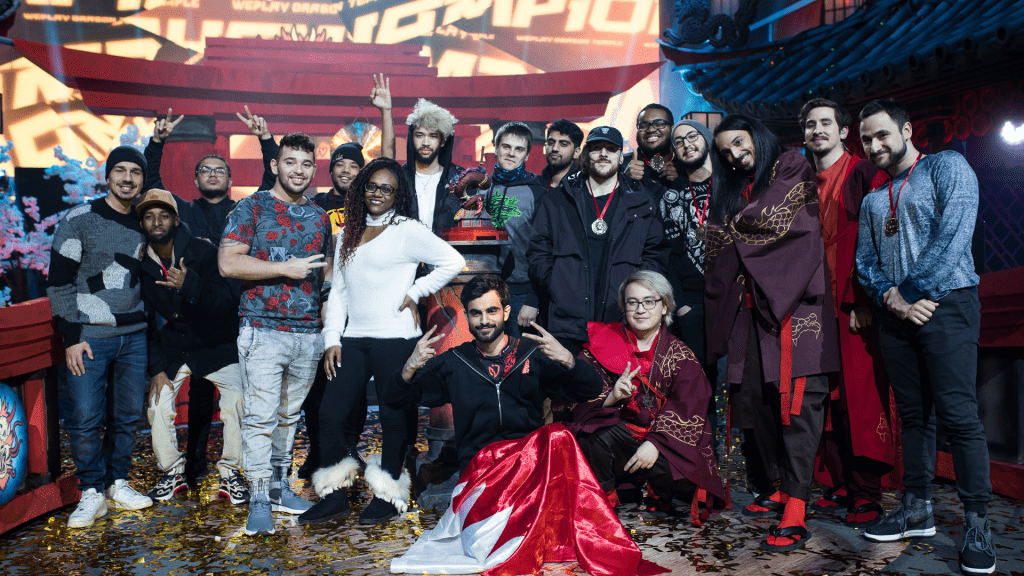 Mortal Kombat 11 might become a long-term hobby with powerful waves of positive emotions and eventual “teleportation” to the next installment of the series. The secret of having the max fun in it is simple and tricky at the same time. But if you like the game, you’ll find a way to keep the harmony between all the opposites and remain on the fun side — hopefully, this article really gave you good advice.