Virtual reality is the next big thing in the world of gaming. For the past 5 years, it has enjoyed a lot of attention and interest from software developers with billions of dollars spent by companies seeking to explore the massive economic potentials provided by virtual reality. The impending arrival of 5G technology will further contribute to the prevalence of VR games. 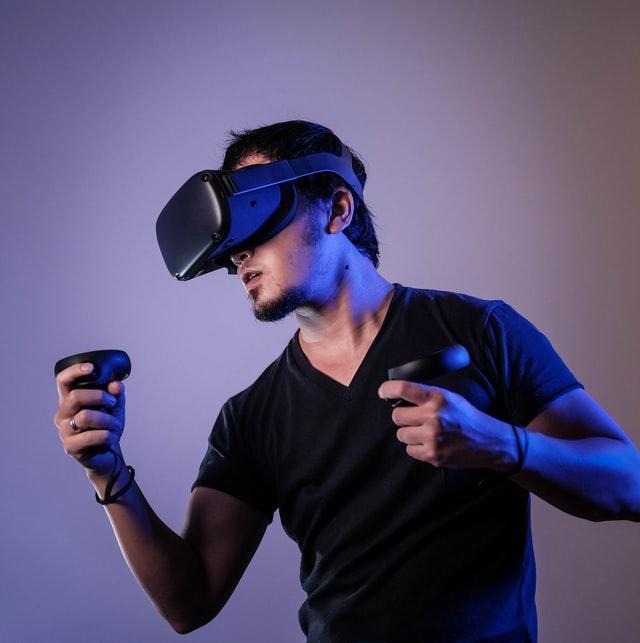 Stakeholders are increasingly latching on to the prospects of VR gaming and even though some of the newer online casino sites are heading down the VR road, PlayIgo and the likes with live casinos do not live up to the title of “VR Casinos” quite yet. It is safe to conclude that the technology is here to stay and every niche of the gaming industry wants a piece of the cake.

It is simply the next phase in the development of gaming technology and gamers are in for a pleasant time exploring the world of virtual reality. Its inherent ability to offer a vivid experience of more realistic and engaging gameplay gives it an outright edge over the conventional gaming options. The availability of state of the art accessories such as VR headsets, VR Googles, Bodysuits, Smart Glasses, Earbud Earphones, Gloves, and the likes enhances the interactive and entertainment credentials of the game. Interestingly, virtual reality is quite compatible with mobile devices and gaming consoles. The ranks of VR games have been swelling with new titles for gaming fans all around the world and even more, games are in the development stage. Just in case you have played a lot of the current VR games and you are looking out for upcoming games, this article will recommend some to anticipate. All of the games are 2020 release games.

This is a first-person shooter game set on the events of World War II in Europe. The game has two protagonists which are an agent of the Office of Strategic Services abbreviated as OSS (a US Intelligence agency in World War II) and a fighter in the French Resistance. The player will be saddled with the task of infiltrating and outgunning the Nazi’s as an agent of the OSS. The game will be published by Electronic Arts and developed by Respawn Entertainment. It will be available on Windows and the game comes with single and multiplayer modes. It is set to be released by December 2020.

This is another VR game everyone has been waiting for this year. It is an action-adventure game with a first-person shooter theme and single-player mode game adapted for Windows, PlayStation 4, Macintosh operating systems and also compatible with Facebook’s Oculus Quest and Oculus Quest 2. As you might rightly guess, the game derived its name from The Walking Dead comic book series by Robert Kirkman. It is an interesting game where the reflexes, wits, relational skills and moral standing of the player will be tested as he struggles to survive a flooded New Orleans.

This is a new generation VR simulation game developed by IRIS VR. The player, who will go by the name Low-fi, will work as a police officer saddled with the responsibility of policing a crime-riddled part of the city known as City-Block 303. Other inhabitants of the city include other low-fi and some other artificial life forms. The cop will face some of the realities of the modern cop which is to fight crime and solve mysterious acts of violence and aggression or to overlook crime and take to a more financially rewarding life of corruption. The game will be available on PlayStation 5 and Microsoft Windows.

This interactive fairytale game is centered around the escapades of a young bird who was enticed to swallow the last bit of a waning moon and thereafter found itself teleported from its location. To help the birds return to its location, players must help the bird untangle its memories and sort out the experiences encoded in its memory. The game is developed by Funomena and will be made available on PlayStation 4 and Microsoft Windows platforms.

This is a single-player VR adventure game published by Pixel Reef and primed for release on PlayStation 4 and Microsoft Windows. Players will be tasked to journey through a vast landscape inhabited by a host of digital life forms. The game comes with features that empower players to modify the environment to their taste by adding elements such as water, rocks, and sand as well as changing the weather in order to suit their interests.

With the elevated gaming experience and the billions of dollars expended on VR gaming, it is just a matter of time before it takes over the gaming industry