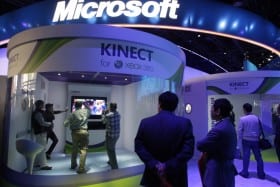 Gambling is the oldest form of entertainment that has been around for thousands of years. Previously, people had to go to a specially designated place to play gambling or casino games. But now, thanks to the internet and the abundance of platforms, you don’t even have to get off the couch to visit a casino or play any gambling. Even on the Nintendo platform, there are mini-casino games featuring Mario and other heroes from the universes created by Nintendo. But this article will focus on gambling games created especially for the Xbox Series X | S.

All the gambling entertainment that is available at the XBOX \ Microsoft Store does not support real money games, but despite this, there are games for Xbox Series X | S that will immerse you in the atmosphere of a real casino, albeit with play for “conditional money”. However, in order to experience the real excitement, you better switch to your PC or mobile phone – on these platforms you can play casino games for real money. Either way, you should look into the best casino in Australia and play AUS online pokies.

And so, you clicked on the article to find out about the best casino games for Xbox, not PC or mobile, so let’s move on to these top games.

Many Xbox billiards fans are familiar with the classic Pure Pool, Pure Hold’em is the work of the same developers behind Pure Pool. The developer VooFoo Studios has created a truly unique Texas Hold’em that allows 8 players to play online simultaneously in a tournament format. While this tournament is far from the poker events of the WSOP or similar events, the gameplay is very enjoyable and the graphics are amazing. The ability to play with strangers or friends, as well as various gameplay customization options, make this Xbox Series X | S game quite addictive for all real poker fans.

The gameplay and graphics in the game are made at a high level, and the variety of casino games is at the highest level as well!

Welcome to Prominence, a gambling paradise ruled by thugs and crooks determined not to let you become the best poker player. Only here you can experience the real excitement of playing Texas Hold’em and, risking everything, defeat the underground empire. In Prominence, victory or defeat can depend on just one card. Defeat rivals using all your skill, increase your winnings and win glory.

Prominence Poker is the best Poker for Xbox Series X | S platforms. Many game modes (including storyline!) and the ability to compete with friends and other players in the online mode. All this makes Prominence Poker the best card game on the Xbox platforms.