Home Blogs Bingo’s Back: How Lockdown Could Have Made It Our New Favourite Game 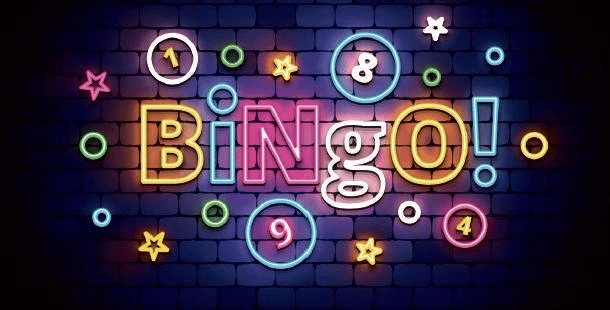 Bingo is a game we’re all familiar with, but for the past decade many of us won’t have given a second thought about.

It’s a game we associate with an older generation in run down bingo halls. But in more recent years that has started to change, and the past six months of lockdown could have been the catalyst that has completely transformed opinion and pushed bingo right back into the spotlight.

During lockdown the online bingo industry saw a 30% rise in new players, many of them a younger audience as people looked for a source of entertainment, with the offline world closed for business.

Online bingo duly stepped forward and has not only welcomed millions of new players, but also retained them too as we move out of lockdown and into a “new normal”.

Of course, during that time the closure of offline bingo halls has hit those hard, and even now they are reopen, they are having to do so at a much lower capacity. It’s all about survival for those, but if they get through what is inevitably going to be a tricky period, the future is looking rather bright.

That’s because more and more players are enjoying new variants such as slingo bingo and speed bingo online. There are a number of trusted slingo sites that are now welcoming new players and attracting an entirely new audience and that is partly due to lockdown.

A new take on Bingo?

Offline companies have seen that by being inventive with the likes of slingo bingo, you can reach a brand new audience. That has seen the rise of brands such as Bongos Bingo, which offers a new take on bingo that is aimed towards an entirely new generation of player.

And that’s filtering into the more traditional bingo halls too. Over the past few years it has been encouraging to see more people playing in bingo halls, and it’s undoubtedly down to that rise of people enjoying the game online.

With a rise in new players online over the last six months, that trend could continue if bingo sites can retain those players over the long term.

Once social distancing is then relaxed and bingo halls can not only operate at full capacity, but players have the confidence to visit, it could see halls return bigger and better than ever.

Even amidst lockdown there are signs of that. Since reopening on July 1, some bingo halls are welcoming the younger generation in with open arms.

One brand, who opened on July 1, have seen a drop of 60% in players over 70, a large market for them, yet are seeing revenue of 70% of last year, due to the number of young players turning up to play.

John O’Reilly, chief executive of Mecca said, “Inevitably the impact of Covid on older people has meant our older customers have been more reticent in coming back to Mecca.”

“Some are staying away but those who have come to play are coming back as they’ve been impressed by the safety measures we’ve put in place.

“Other age groups have been much more confident in coming back and we’re pleased by the levels we’ve seen recently.”

That’s remarkable given the reduced capacity and is certainly a positive sign that once fully open, the appetite for bingo is strong both offline and online. A new favourite pastime in the UK? It’s difficult to tell, but one thing is for sure, bingo has fought the virus and looks to be coming out stronger than ever before.