Home Blogs The Three Best Fantasy-Themed MMOs Of All Time That You NEED To... 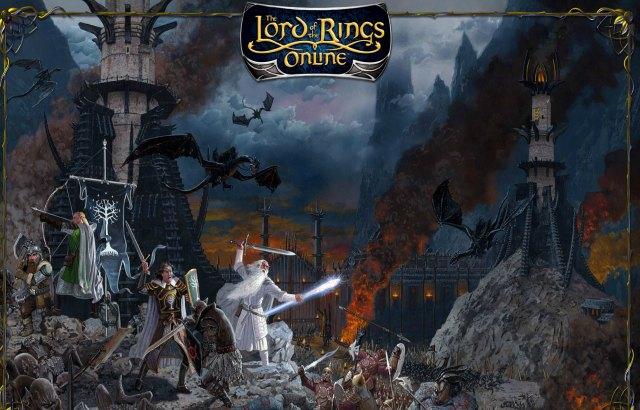 Online gaming has changed significantly over the last few decades. Today, it allows users to play casino games, shooter multiplayer games like Fortnite, and MMO (Massive Multiplayer Online) games which are more popular now than they’ve ever been. These games allow users to live out a second life in a brand new world filled with mysterious and fun characters. It’s easy to see why so many people are turning to MMO games and if you’re considering trying one out, take a look at our recommendations of the best to play.

Lord Of The Rings Online

J.R.R. Tolkien’s The Lord Of The Rings is one of the most successful franchises of all time. Lord Of The Rings Online is one of the many games inspired by the franchise and allows users to create a character and explore the world of The Lord Of The Rings. Players can visit well-known locations such as the Shire, the busy city of Bree, and the dreaded Morder too. Microgaming’s video slot follows a similar pattern where characters from the book pop up on the reels and the ring acts as a special symbol to unlock bonuses. Microgaming games can be found at most major online casinos, sister sites, and sometimes even sports betting websites.

Along the way, you can bump into characters from the franchise while embarking on various quests, creating and playing your own in-game music, exploring dark dungeons and other fantastic locations, and immersing yourself in the game. The Lord Of The Rings Online appeals to all fantasy enthusiasts as well as hard-core fans of the multimedia franchise.

Black Desert Online is an MMO that first launched back in 2015. Since then, Black Desert Online has been praised for its action-based gameplay and for offering one of the most advanced and in-depth character creation systems. Like most MMOs, players can explore the giant open-world which features a dynamic weather system that can impact gameplay such as fog or typhoons.

It also features traditional MMO gameplay such as housing, the ability to fish and farm, as well as trading, play Vs player combat, and large-scale castle battles. The game is packed with content and has been praised for its in-depth storyline too.

World Of Warcraft is arguably the most popular MMO of all time and needs no introduction. The game originally released in 2004 and has had numerous expansion packs released which add to the world and gameplay. It’s one of the highest-grossing video games of all time and offers players two main ways to play the game; Normal in which the gameplay focuses on defeating enemies and completing quests, or Roleplay (RP) where players focus on roleplaying the character they created.

There are dozens of different races, hundreds of quests to complete and characters to meet. Along the way, players will be able to enjoy cooking, fishing, collecting pets and other items, and, more importantly, forming strong relationships with the thousands of players that enjoy the game too.

These are our three favourite fantasy-themed MMO games but there are plenty of others that are worth checking out including The Elder Scrolls Online, the legendary Runescape, Final Fantasy XIV, Neverwinter, Dungeons And Dragons Online, and more. If fantasy doesn’t do it for you, there are several notable sci-fi-themed MMO games such as Eve Online and Star Wars: The Old Republic which you may enjoy. Regardless, there’s something for everyone and we’re sure that you’ll love at least one of these giant games.