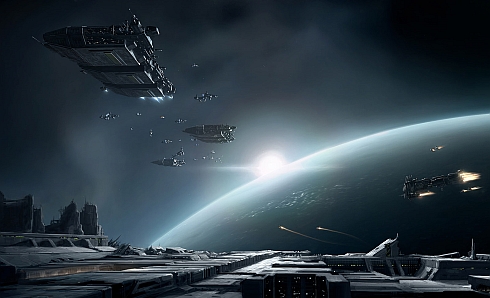 For many people who enjoy console or PC gaming, the chance to play their favourite first person shooter for real money remains somewhat elusive. While gamers can involve themselves in the thriving esports industry, where it is indeed possible to play games like CS:GO, Call of Duty or Rainbow Six Siege for cash prizes. The problem is that to do so, requires you to have the ability to compete at the very highest levels of play – and even then, success is not guaranteed.

Slots though could be a viable option for many and you could even play some of these for free using the best casino bonuses available. Console fans can already enjoy a number of slot games based on famous computer games, including the Hitman slot from Microgaming, the Street Fighter and Street Fighter 2 games from NetEnt and the Tomb Raider series of games from Microgaming.

However, a new game created by GameCo could well offer fans of first-person shooters a chance to use their skill, rather than luck, to influence their success. Danger Arena is one of the first attempts at a cross-over game, using elements of a first-person shooter, combined with elements of a slot or other game of chance, to offer players the chance to use their sharpshooter skills to potentially win a cash prize.

What is Danger Arena?

Danger Arena will see a group of players playing together and the aim of the game will be for the team to kill as many of the robots on screen as they can within 45 seconds.

It sounds simple, but with gameplay that is based on classic first-person shooters like Call of Duty, you can bet that the robots will have a few tricks up their sleeves to try and thwart the players. If the team of players can despatch at least six robots then they can win a cash prize, whereas if they can see off ten then they will earn the highest payout in the game.

The game has been designed to be more cartoon-like, than viscerally realistic as some games are and players can be sat or stood to play. The game also replicates many top first-person shooter games in that it has different maps and increasing difficulty levels, which will post likely improve the size of their payouts as players play at a higher level.

A ‘Power Up’ feature is also included in the game and when utilised can assist the players in despatching the robots.

Wagering on the game ranges from $0.50 through to $20 per game and the game is reportedly ready to be installed in Atlantic City at a number of top casinos including Harrah’s Resort, Wild Wild West, Caesars and Bally’s Casino.

The fact that Danger Arena is more a skill-based game, than a solely luck-based game, does make it an intriguing prospect for future casino game development. If the game proves popular in Atlantic City, then you can be sure it will be rolled out across other U.S. states, such as Nevada and Pennsylvania, where casino gaming is legal.

There’s no doubt that luck-based games, like slot games Hitman, Tomb Raider and Street Fighter, will remain very popular, but for computer gamers wanting to utilise their skills profitably, but away from the highly competitive esports gaming environment, first-person shooter casino games like Danger Arena are an intriguing alternative.

As with all things, its success in casinos will ultimately determine the future of this fledgling market, but there is undoubtedly huge potential for other first-person shooter games to follow and that is a prospect which will excite many gamers as well as existing casino customers.