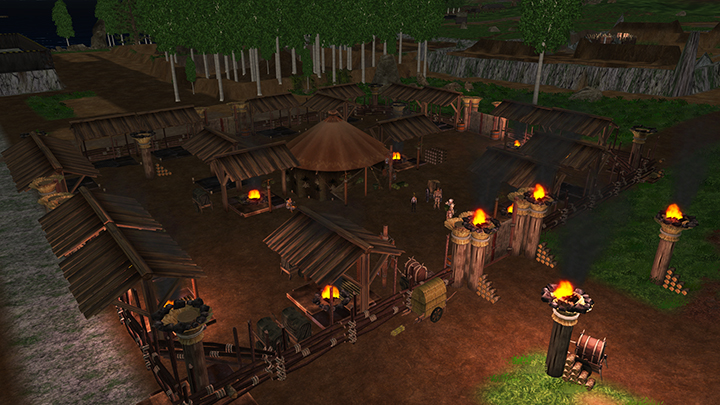 The Ubisoft Entertainment brand is a French company that holds several development studios across the world. Various video game franchises are created under the Ubisoft name, including popular titles like Assassin’s Creed, Far Cry, Prince of Persia and Rayman. It is partially due to this that it exists as the fourth largest publicy traded game company in the Americas and Europe where revenue and market capitalisation is concerned.

Doubtless, Ubisoft will be looking to improve on that even more, as it yesterday promised that it would be launching five new games between the period of March 2020 and April 2021. From those five games, three of them had their titles announced, with the final two confirmed to be a part of the company’s largest franchises. Gamers should expect to see three of the five games before the end of 2020.

The games that the developer announced go by the titles of Watch Dogs: Legion, Gods & Monsters and Rainbow Six: Quarantine. Expectations for the other two remaining games are said to be in favour of an Assassin’s Creed release and a new Far Cry title. One of the games was already pushed back to 2021 according to Ubisoft, and there still remains the possibility for further delays to affect launch dates, too.

All three games that were announced to the public have already gone through a series of delays. However, this has primarily been due to the fact that Ubisoft has been rearranging its teams in a bid to make the games it creates much more distinctive.

Another two games have also suffered from delays, in the form of Beyond Good & Evil 2 and Skull and Bones. These titles have both been in development for quite some time, and don’t seem to have made much progress over time. Yet, they have now been given release dates in 2021.

What’s more, some fans have been clamouring for a new Splinter Cell game to be released as well. However, if you’re one of these fans, you’ll need to hang on for a while longer. It seems as though the release of such won’t be happening for at least another year. The last Splinter Cell game came out six years ago.

In the meantime, you may want to get to grips with some alternative gaming. Waiting around for a launch of a game is never a good time, but you could involve yourself in some sports betting or casino gaming. Why not check out this Bet365 bonus code that is available to use at the site, and you’ll be able to experience everything taking place there. You may even end up getting to bet on whether or not Ubisoft will actually launch any of the games on its list on time!

Whatever the case may be, there’s a reason why this company is one of the top game developers in the world today. Even though it may suffer various setbacks on its game developments, it almost always tends to follow through with innovative and exciting video games.