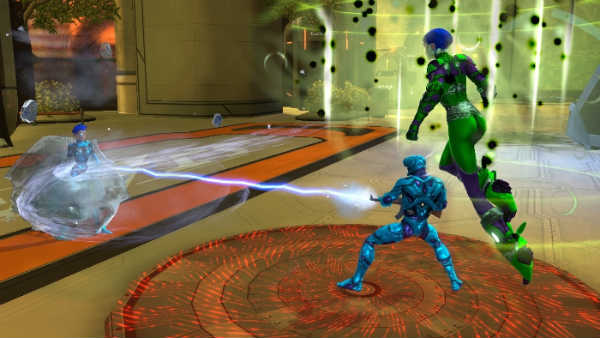 It’s always been said that Apple is quite the innovative technology brand, and today, it’s even competing with the likes of Netflix and Amazon with the Apple TV+ service that it provides. Offering intriguing television series and the like, Apple users have been able to view countless shows via the streaming service. And one recent launch takes the world of MMO gaming and unites it with a situation comedy setup.

Mythic Quest: Raven’s Banquet may not look like it has a lot to do with MMO when you tune into the first episode. In fact, it all looks very generic, with scenes taking place in a workplace that could be likened to The Office and others. Yet, that workplace is an office a hit streaming game, and it’s Rob McElhenney who portrays that megalomaniac boss of the series. People have also commented on how similar the series looks to the popular Silicon Valley, released in 2014.

Yet, it’s important to never judge a book by its cover, and that’s certainly true in the case of Mythic Quest: Raven’s Banquet. The write-up for the series suggests that the series is set “in a video game development studio and will explore the intricacies of the human condition through hilarious and innovative ways.” We’d say that that’s certainly an appealing method of describing your comedy series. Then again, with McElhenney also having created the series alongside Charlie Day and Megan Ganz, this is hardly surprising.

Video Games Not Necessarily the Point of the Series

While the series is primarily set within the office of the videogame developers, the team behind the sitcom state that video games aren’t actually the point of it all. We’d be willing to bet that it would entice a nice collection of MMO gamers, though. In fact, if we did bet on something like that, we’d like to believe that we could do so at bet9ja, for example. There, various betting possibilities are available to make use of, including a massive number on sports events.

McElhenney and co. managed to grab some biggish names for roles in the Mythic Quest: Raven’s Banquet series, including Imani Hakim who played Tonya Rock in Everybody Hates Chris, and David Hornsby, who portrayed a defrocked priest by the name of Matthew in Always Sunny in Philadelphia. That’s a comedy series that also starred McElhenney, even though this is the case, and he has taken steps before towards ensuring that he also has a standout role amongst his counterparts. He even proceeded to pile on 22kg for one season of the Philadelphia series, just for fun, before opting to workout and get himself jacked up right after – again, just for fun.

And in a bit of an art depicting life scenario, the series managed to rope in Ashly Burch to portray Rachel, a game tester. In reality, Burch is known for her roles as Aloy in Horizon Zero Dawn, and Tiny Tina in the Borderlands 2 and Borderlands 3 games.