Considering Grand Theft Auto V was released more than six years ago, you would think that Rockstar Games and the other minds behind the title would be looking to wind down their work related to it and its offshoot multiplayer mode GTA Online. After all, the game has already made serious money and is regarded by some as one of the most successful media titles ever made. 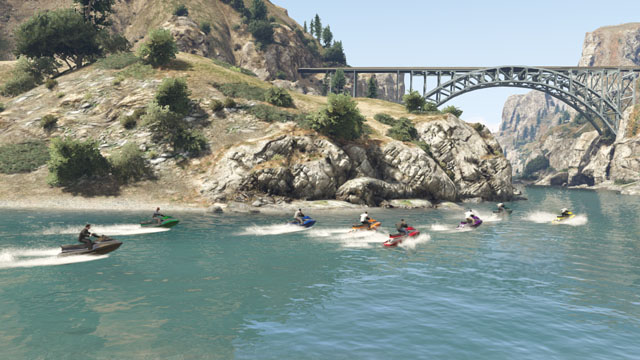 However, just when you thought that the game and GTA Online may not have much more to give, the eagerly anticipated Diamond Casino & Resort update dropped earlier this year and – literally – changed the game once again.

A new take on casino classics

Introduced to GTA Online at the end of July, the Diamond Casino & Resort update has offered up a host of new experiences for gamers including an all-new storyline, new locations to explore and new vehicles to own and customize. However, central to the update is of course a range of different casino games, with players being able to try their hand at slots, roulette, blackjack and three-card poker.

Today marks the grand opening of The Diamond Casino & Resort, a sprawling entertainment and luxury living complex conveniently located in Vinewood and open to all citizens of Southern San Andreas.https://t.co/dpmbuHZGme pic.twitter.com/rDCVe2daX7

All of this has combined to make the update a major success, with The Hollywood Reporter outlining at the start of August that it delivered the biggest single day and week in player numbers which GTA Online had experienced since it went live in October 2013.

Perhaps most intriguingly however, the Diamond Casino & Resort has highlighted the continued popularity of casino gaming and raised an interesting question – could we see this classic form of gaming become a key part of online multiplayer games going forward?

The evolution of casino gaming

Casino gaming has of course been through some major changes in the past couple of decades, as the concept was once regarded as a strictly offline pastime where players needed to go to land-based establishments to enjoy the action. However, the emergence of online casino sites changed all of that, offering not only basic versions of card classics but also many other variations too. As this page on the rules of blackjack outlines, you might see the likes of Spanish 21 and Blackjack Switch on offer on many sites as well as live versions of the games hosted by croupiers via a video link.

When all of this is considered, it is clear that the casino gaming world is open to innovation, and it could be argued that the introduction of such games into online multiplayer experiences is a further example of that. Furthermore, considering how successful Diamond Casino & Resort has been, it would perhaps not be too surprising if other developers tried to replicate its performance in their own way.

But how might that work? While MMOs and other online multiplayer experiences do tend to feature plenty of different themes, it could be argued that casino-style games could be adapted in a number of ways. For example, titles with a sci-fi theme may allow players to tackle such games in order to win new tools or equipment for their spacecraft, while more fantasy-based titles may offer up the incentive of winning new powers or magical items.

GTA Online has undoubtedly demonstrated how there is an interest in casino gaming in the online multiplayer world and it will be intriguing to see whether this does lead to other titles ultimately embracing the concept.

Casino gaming has been popular in many forms through the years, and the move into online multiplayer games and MMOs may just be the next step in its continued evolution.