Home Blogs RNG in MMORPG – Love it or Hate it? 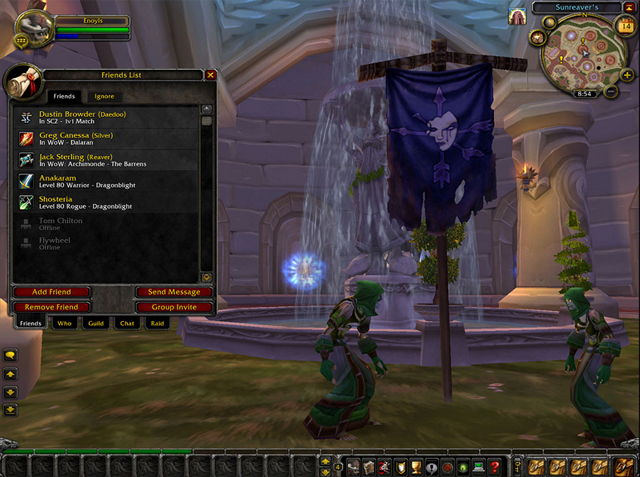 The question of whether or not RNG (or Random Number Generator) games should be used in MMORPGs is one that will have otherwise introvert gamers involved in a forum shouting match quicker than you can type WTF. It’s a sticky topic that gets players all riled up and understandably so. When you’re in the thick of your favourite game and you come up against an RNG game that could either propel you to the next level or leave you languishing in one spot for what feels like eternity, the random nature of the outcome can be infuriating – it can also be expensive.

In MMORPG games, such as World of Warcraft (WoW), Dungeons and Dragons (DnD) and The Elder Scrolls where the player can really take the reins and direct the action pretty much all the way through the game, to suddenly be at the mercy of the gods can feel like a slap in the face. However, there are also players who rightly point out that the element of luck has always been part of traditional role-player games – the original DnD board game relied heavily on the outcome of a dice roll to get you where you needed to go – and, therefore, see no reason why RNG should not be incorporated into modern MMORPGs.

Online casino sites have relied on RNG for years; in fact, without RNG online casino games like slot games and video poker simply wouldn’t be possible. Every time you spin the reels of your favourite slot game, you’re relying on the randomness of an RNG to give you a fair result. In the early days of gaming these RNG games could be easily manipulated and this led to a distrust of online gaming as a whole. Nowadays, the RNG is secure and the games are regularly audited to ensure that they are fair – this gives players peace of mind and is also used to prove that the RNG is working properly.

An RNG is also used to produce the playing cards in every online table game and it’s used so the roulette ball lands on a random pocket when it’s bounced around the wheel. All the best casino websites will do their upmost to ensure that their games are fair because if they don’t, they’d get slammed by every single casino review site. All you need to do is peruse a website like CasinoPilot to find out more about the best casinos sites with the most reputable games – every casino wants to be on that list and they need fully functioning RNG to get them there.

Here’s How It Really Works

Not too familiar with how RNG games work? Here’s an example: Imagine that you’re playing a game that requires you to collect certain tools or skills that will help you advance to the next level of the game or that will help you to defeat an opponent. In order to get these tools or skills you have to spin a wheel, or throw a virtual dice, and land on a specific symbol or set of numbers. The RNG element within the game’s mechanics is what enables the outcome of the spin to be both fair and uncertain. Without the RNG element, the outcome of the game would be fixed and, therefore, pointless. Without the RNG game, a player could simply pick up the tool or skill and make their way through the game without any obstacle preventing them from doing so.

There are two types of RNG. Security systems tend to use a hardware random number generator. This is because it’s almost impossible to teach a computer to be 100% random. The hardware uses a physical element to generate the numbers and is usually utilised within a security system that relies on encryption. MMORPG games and casino games actually use a pseudorandom number generator. Game designers use a pseudorandom number generator because it’s faster and easier to incorporate into the game. It works by creating a type of mathematical formula and applying it to a random starting point (or seed) in order to produce a random result; as long as the seed changes, the equation will produce a different result and the numbers generated will be random and for gaming purposes it’s random enough to be considered RNG worthy.

The Pros and Cons of RNG

Those players that rail against RNG games within their MMORPG games do so for two reasons. The first is because they believe that the RNG is not quite as random as it claims to be. They believe it forces a player to spend longer in the game than necessary or spend more money trying to win than they would have had to if the RNG game wasn’t there in the first place. The second reason is the frustration that they feel when they hit a spate of bad luck, or bad RNG, and they find themselves stuck in an interminable limbo that keeps them from progressing on to the next level of the game.

Players that welcome the RNG games within their MMORPG games argue that luck has always been part of what make MMORPG games interesting and exciting. A true MMORPG game, they claim, is one that incorporates both skill and luck elements because it makes the game more life-like. These players are in it for the long haul. Creating their characters and forming the world around them is a labour of love and dedication. It’s not simply a matter of storming to the finish line; it’s more about the ups and downs of the journey within the game that keeps them coming back for more time and again. Without the RNG element, the game would be too easy.