Home Blogs How bingo made a comeback 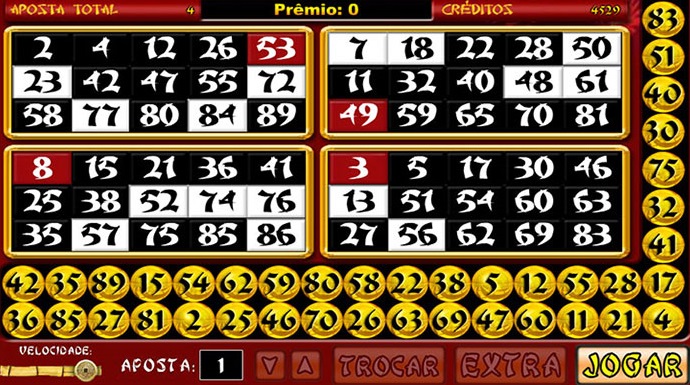 Bingo has definitely changed over the years. There was a time when bingo was associated with middle aged and elderly women in vast bingo halls. Of course, there’s still a marketplace for the bingo halls. Reports show that UK clubs still have 45 million visits a year — with experts predicting that patrons will spend over £30 million a year more on bingo by 2019.

But, like many games across the sector, the bingo marketplace is going online — and attracting even younger players.

Here’s how bingo has begun making a comeback over the past few years.

Attracting a different type of player

More people than ever are playing games online. According to a 2018 report by the UK Gambling Commission (UKGC), remote gambling is the largest sector by GGY, constituting 38.8% of the overall market with £5.6 billion Gross Gambling Yield (GGY). The study also showed that the non-remote bingo sector has decreased slightly to £667.8 million — 47.6% of which is derived from machines.

Where players traditionally flocked to bingo halls, the appearance – and proliferation – of online bingo sites have meant that players have begun to access their favourite bingo games online. And where there was once fears that the beloved bingo hall may die — and bingo with it — online bingo has actually re-popularised the game and brought it to new, and very different, audiences.

Data from YouGov shows that while the traditional bingo halls are still being frequented by older generations, the age group most likely to be playing bingo online are 25-34s. One of the ways that online bingo operators encouraged younger players – and retained the old ones – was their ability to offer a variety of bingo games to play. This is in contrast to bingo halls, which may only offer one type of bingo for fans of the game. New games are always being added, in addition to more traditional games, like 30 Ball (or speed) Bingo, 75 Ball Bingo, 80 Ball Bingo and 90 Ball Bingo.

Players can also access their favourite games 24/7, from any one of their favourite gaming devices, including PC’s, smartphones, tablets, iPhones and iPads — all from the comfort of their own home. Many sites allow players to chat with other players, keeping the social element of bingo intact. As younger generations are extremely comfortable with technology – and the older generations begin to embrace it – the online bingo space will only grow with time.

Many bingo companies have also transformed – and injected new strategies into – the way they’re marketing to their players. Like many other sectors, online gaming websites have begun to really focus their efforts on social media marketing. No matter how big the online bingo brand, they need to have an online presence, especially across social media channels like Reddit, Twitter, Facebook and Instagram. These are the spaces where their consumers are making purchases, having conversations and learning about the next best entertainment experience they should take part in — especially when it comes to online gaming.

Social media marketing also benefits companies by allowing them to create, and analyse, mass amounts of data. Getting to know more their ideal audience and customer allows online bingo companies to tailor their games; whether it’s different gaming preferences by geography, or learning which variations on the game are the most popular, game developers are using data to attract more and more fans. It’s been a wildly important part of bingo’s comeback, and the success of online gaming more generally.

One of the ways that online bingo operators have encouraged younger players is through promotions, bonuses and loyalty programs.

For first time players, there are a variety of sign up offers to take advantage of. These include betting a certain amount and receiving bonus bingo cash to play with, no deposit initial games and more. This is one of the key ways that bingo operators encourage new signups from both amateurs and experienced players — and of course, keep them playing.

Another way that bingo websites can keep the players they already have engaging with their content is through loyalty programs. Online bingo websites like Bingoport offer some great rewards programs. This program allows players to gain reward points, also called Port Points, from the moment they begin playing bingo games. These reward points, once accumulated, can be used at BingoPort’s reward store in exchange for a variety of different and exciting prizes like Amazon vouchers, hard drives, home and garden items and bingo bonus cash. These rewards entice both younger and older generations; and is one method for bingo operators to encourage their clientele to return to their website.

Here’s how bingo can expect to grow further

As technology develops, online gaming websites, including those that offer bingo, will follow suit. With exciting digital advancements around Virtual Reality (VR) and Augmented Reality (AR), bingo games will continue to get more and more diverse and exciting for its players.

Many of the limitations for bingo will likely involve the decrease in popularity of bingo halls as a younger generation, who have spent hours accessing their entertainment online, begins to age and play more bingo. Overall, we can expect that the popularity of the game will grow, and more variations of bingo will be created for its new players. It’s a comeback trend that’s not likely to stop, any time soon.