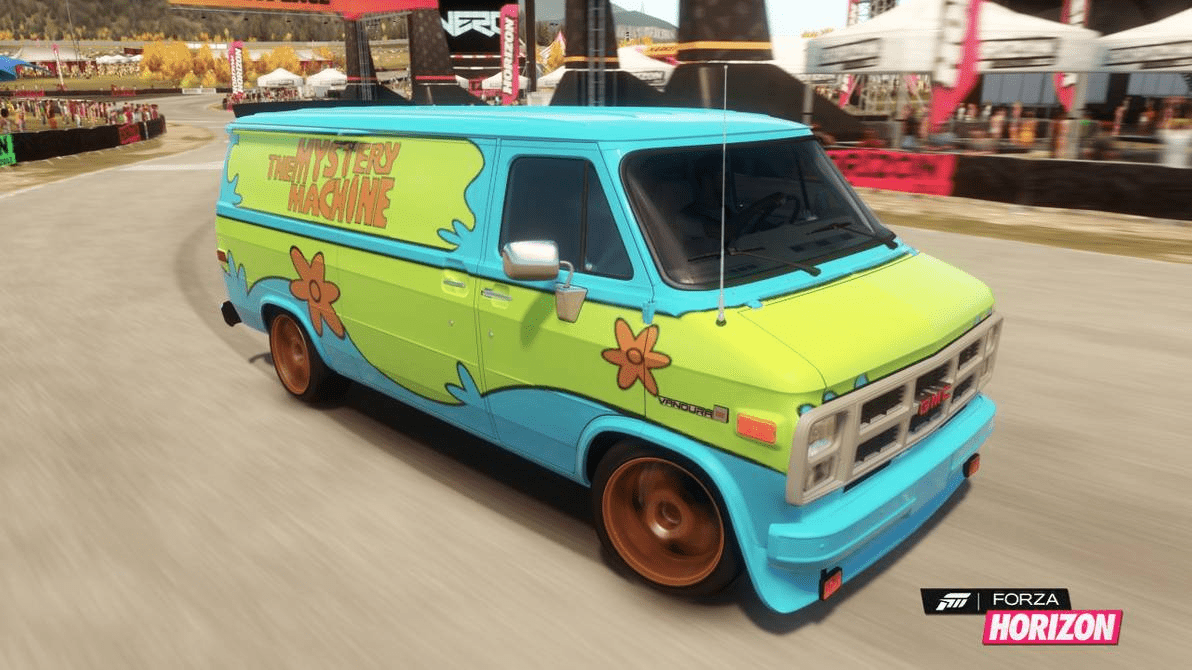 Most of these fans prefer to draw pictures, sometimes in pencil and sometimes on a tablet. Painting is popular as well along with Sculpy clay, needlepoint, even wood burning. But what about  those of us who can’t be contained by a canvas so plain and predictable? What if you want your tribute to be displayed across the greatest race tracks in the world? Well then I hope you can settle for a digital approximation of the greatest racetracks in the world, because messing around with a real track is likely to get you thrown in jail, or at the very least having to awkwardly explain that you’re just really into Game of Thrones to a security guard.

I digress. A surprising number of people like to show love to their favorite TV shows and movies by recreating iconic vehicles from them in popular race car games like Forza and Gran Turismo. Here are my Top Four favorites: 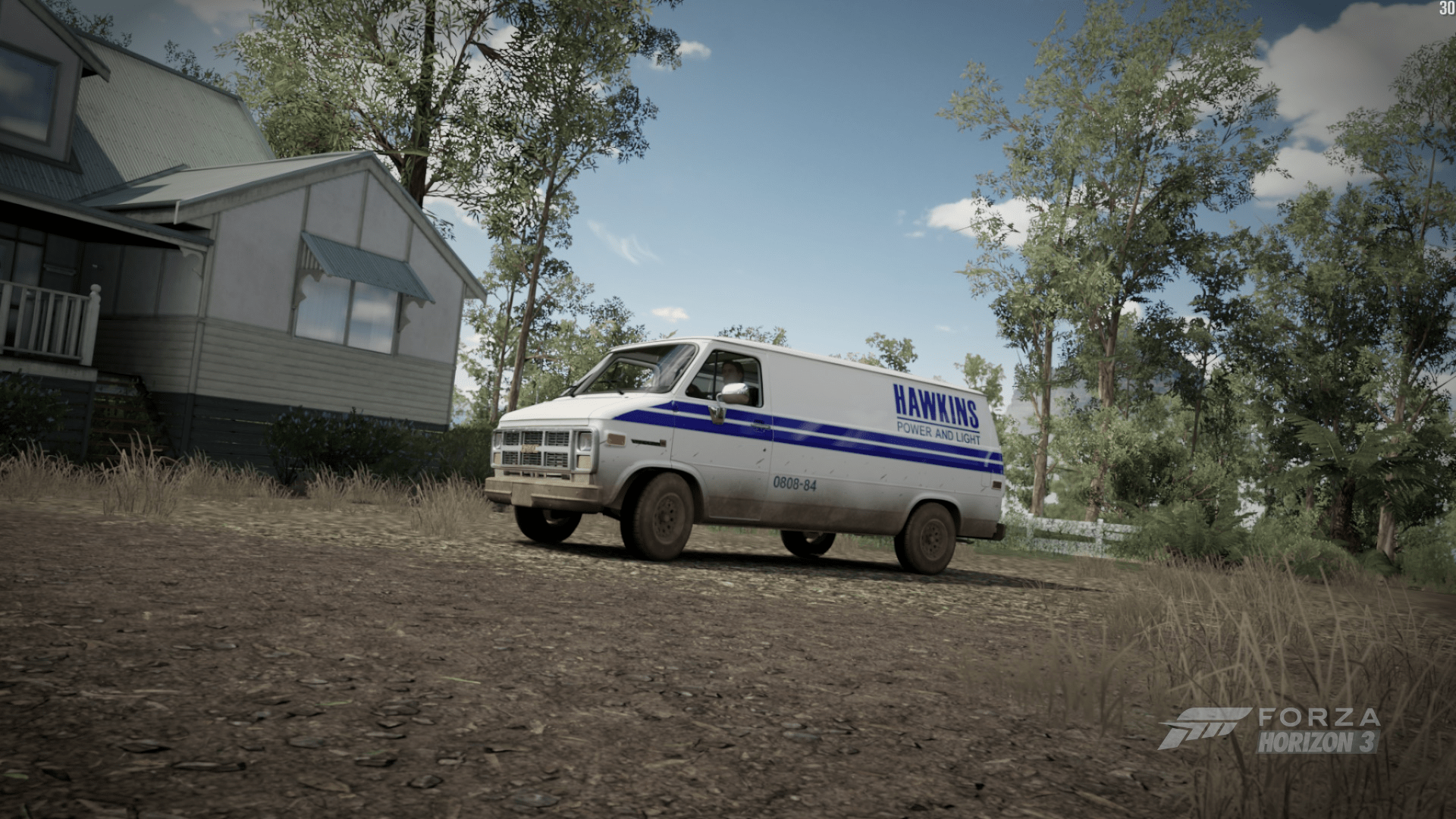 Since Season 3 premiered in July, Stranger Things has been reinstated as a go-to topic to bring up at parties where you don’t know many people there. It’s mix of sci-fi wackiness, tropey horror scares, and coming-of-age genuine moments connects with a huge audience and makes us all a bit nostalgic for the 80’s (despite most fans being too young to remember the decade at all).

But don’t worry, you can still experience the raw excitement of piloting a top-heavy Chevy van through twists and turns in Forza Horizon 3, complete with the correct paint scheme. Pretending to work for a clandestine research company will take a bit of imagination on the part of the driver.

If you want a car from Stranger Things that actually performs, I would go for the ‘79 Camaro Z28 driven by Billy. If the newest season is to be believed, the Camaro is as adequate a tool for kidnapping as the van is anyway.

Zoinks! Check out this great build of the Mystery Machine from Scooby Doo. Whether You loved the show as  a kid or got really into the 2002 live-action reboot (which would be weird), you’ll understand the appeal of that iconic van.

Despite the flower-power graphics on the side and the fact that Shaggy (note: he was also named Shaggy) and Scooby were constantly hungry, the show avoided drug references pretty successfully. The group isn’t even called “The Mystery Machine” like the logo says. No, that’s just the van’s name. 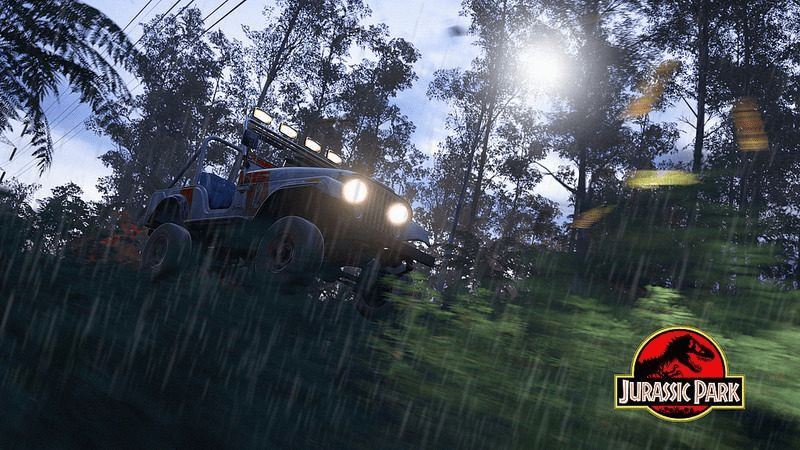 Onto the big screen!

When most people think of an iconic vehicle from the 90’s classic Jurassic Park, they picture the funky Ford Explorers with the glass roofs and appropriate paint jobs. Those trucks were, of course, never actually driven around the park. They were on an electric conveyor system that dragged them from dinosaur to dinosaur, stopping only for the occasional goat.

The real work was done by a gang of Jeep Wranglers sporting their own jurassic-appropriate paint jobs. These workhorses finally got the recognition they deserve in Jurassic World, when one of the old Jeeps is discovered in the park. If you stare at the Forza replica of this Jeep long enough, you can faintly hear the theme song playing in the background.

The Fast and the Furious: 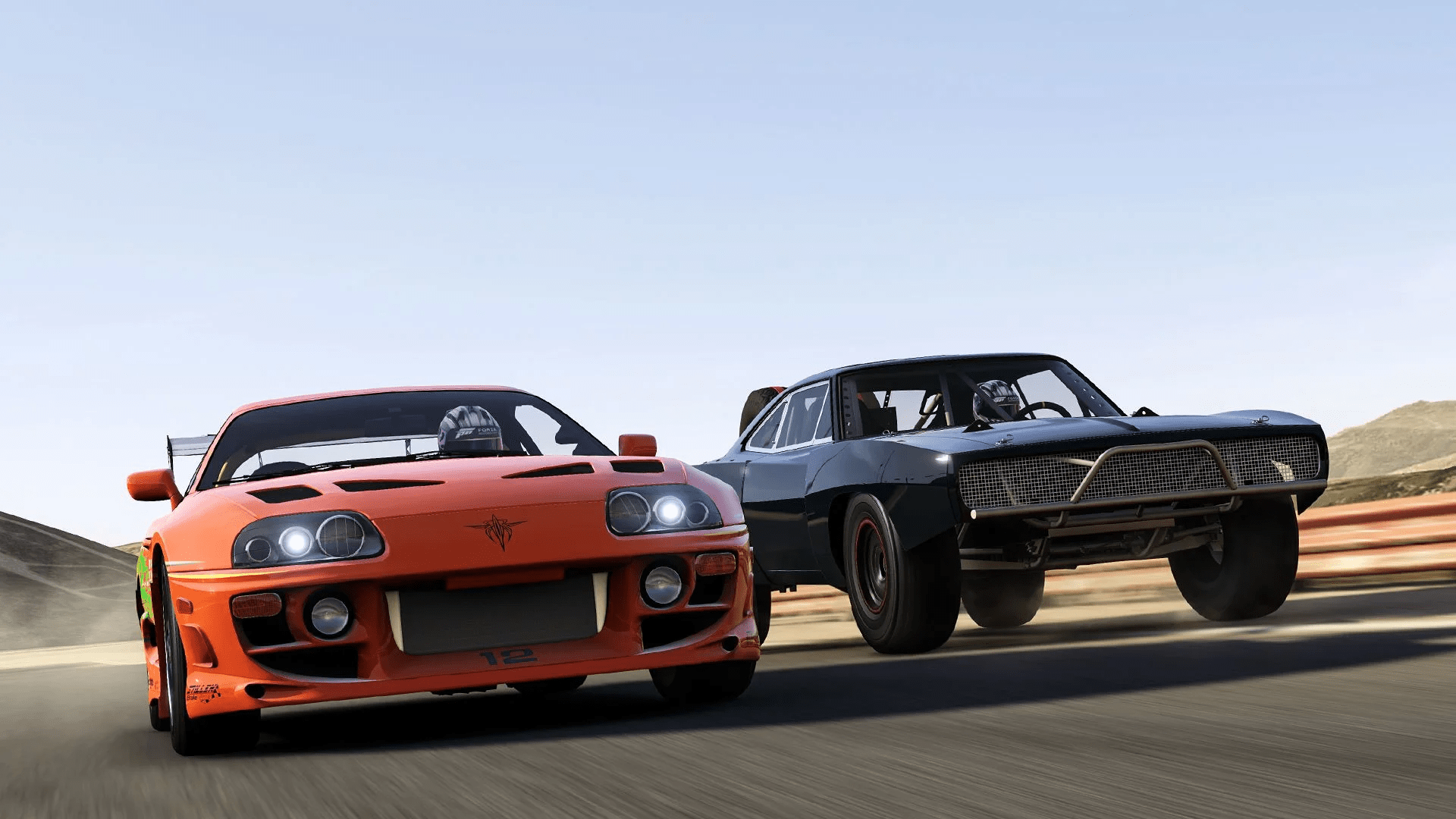 Sure, maybe it doesn’t seem like a monumental feat to recreate cars from a car-centric movie in a game that is also purely about cars and driving, but the original Fast and the Furious movie has taken on a life of its own and has some scenes in it that still get every car enthusiast to the edges of their seats. How about the scene where the tuned-up Supra takes on a Ferrari F355 at a stoplight? Or when the heist-equipped Honda Civics zipped under those tractor-trailers? You’d be lying if you said you never thought of trying that.

But the real showstopper is the (completely pointless) drag race at the very end, the one where Dom is in the 900hp Dodge Charger and Brian is piloting the Supra. Do they have active train tracks in Forza?