The Top 5 Poker Variations You Should Be Playing In 2019

Poker is the beating heart of any casino, which has enabled it to shape some of the most popular card games around. When it comes to high stakes and intense drama, there is no question that poker games have become an integral part for any gambling enthusiast.

The gambling surge from online casinos has made poker games more fun and accessible than ever before. You are now able to connect and compete with some of the best poker players around and all within the comfort of your own home.

These games are enjoyed by millions of people around the world in a highly profitable market and have become an integral part of many cultures. There are so many poker games to choose from, but here are perhaps the five most prominent as of 2019.

There is no question that when people think of Poker, their mind will instantly turn to the world-famous Texas Hold’em. It is usually recommended that anyone wanting to delve into online poker should start by honing their skills within this game.

A standard 52-card deck will be shuffled by the dealer and then shared around the table. Each player is then handed their “hole cards” with the aim of creating the strongest hand possible to beat the opposition players.

The two players that are situated to the left of the dealer will typically place what is known as a small and big blind spot to commence the initial stages of betting. They will then make their moves on the pre-flop, flop, turn and the river.

There will then be five cards placed into the centre of the table which are known as community cards. The players will then need to make the best possible five-card combination from the seven cards they have been handed in total.

For fans of video poker games, this is typically the kind that you will come across, so you could benefit from reading the countless tips and tricks you can use to help come out on top, as highlighted by an abundance of poker guides online. 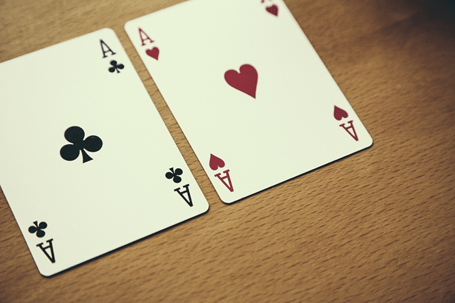 Once you have mastered Texas Hold’em, you will be ready to delve into the more complex game of Omaha. The stakes are higher and the reward for clever gambling is that much greater.

Each player will be dealt four-hole cards rather than two and can only use a couple of the cards they have within their hand. In a similar fashion to Texas Hold’em, players will be given five community cards with a flop, turn and river.

There will usually be a pot limitation in place which is typically structured in either an Omaha High or a Hi-Lo. The former encourages each player to win the pot with the strongest hand, whereas the former splits the pot between the best high hand and the best low hand. Omaha is fast paced and intense, making it perfect for the complete online gaming experience.

Seven Card Stud is the perfect game for anyone with a maverick streak about them. This was historically the most popular poker game around before the rise of Texas Hold’em.

This particular variation of poker requires no community cards or flop and instead starts with two cards faced down on the table and a third card exposed. Once seven cards have been dealt, three of which will face down and four up, you will need to select the strongest five-card combination.

This is usually played as a limited game and special attention must be given to all your opponents, so you don’t make inaccurate judgements when it comes to calculating any odds.

If you feel like a master within the online casino community, you will need to take a plunge into 2-7 Triple Draws along with its notorious inverse rankings.

The object of the game is to make the lowest possible five-card hand as you possibly can during four rounds of betting. Within each game, you will have to use your gambling expertise to negotiate your way through three separate draws.

During each round, players will need to select any cards that need to be discarded and the dealer will then hand out replacements. Aces are considered high, whereas deuces are the lowest form of scoring. Straights and flushes need to be avoided with the best possible hand being 23457.

The newest addition to the Poker game roster is the Chinese version, which is said to be one of the most beginner-friendly variations. This has been around for 7 years now and is an expansion from the earliest versions of the Asian adaptation.

Chinese Poker will require you to draw cards from a single deck whilst you are trying to put together the strongest hand possible. Once the card replacement rounds have been completed, all players will need to arrange 13 cards into three different hands – two with five cards, one with three. The worst hand will be the three-card, one five-card will be in the middle, and the remaining five-card hand will be the best. From here, the winner is decided by who has the strongest hands overall.

With all these incredible games in circulation, there has never been a better time to delve into online gambling and hone your Poker skills. Where will you start?