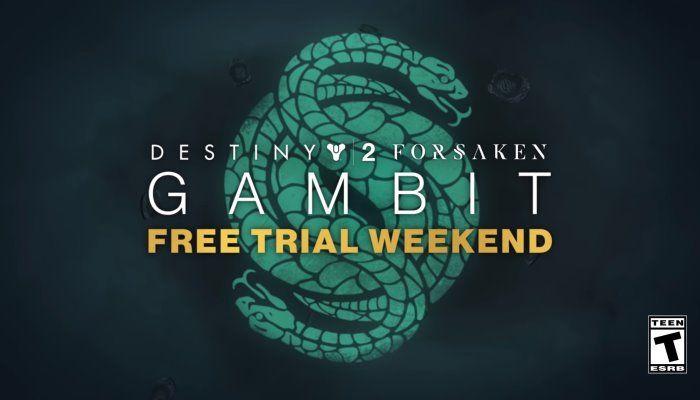 Destiny 2 players can try out the free trial for the Forsaken Gambit 4v4 mode from today through November 11th.

Gambit pits two four-player teams against one another. Each team is racing to kill AI opponents that fills an “energy bank”. Once that goal is reached, an enemy Taken is summoned that becomes an ally in the attack on the opposing team

Those who do own Forsaken will enjoy Double Infamy as it will be part of the Gambit playlist. “As it’s a full curse week, expect to see some Ascendant Primeval Servitors during your time on the field”.

Other components of this week’s community newsletter: