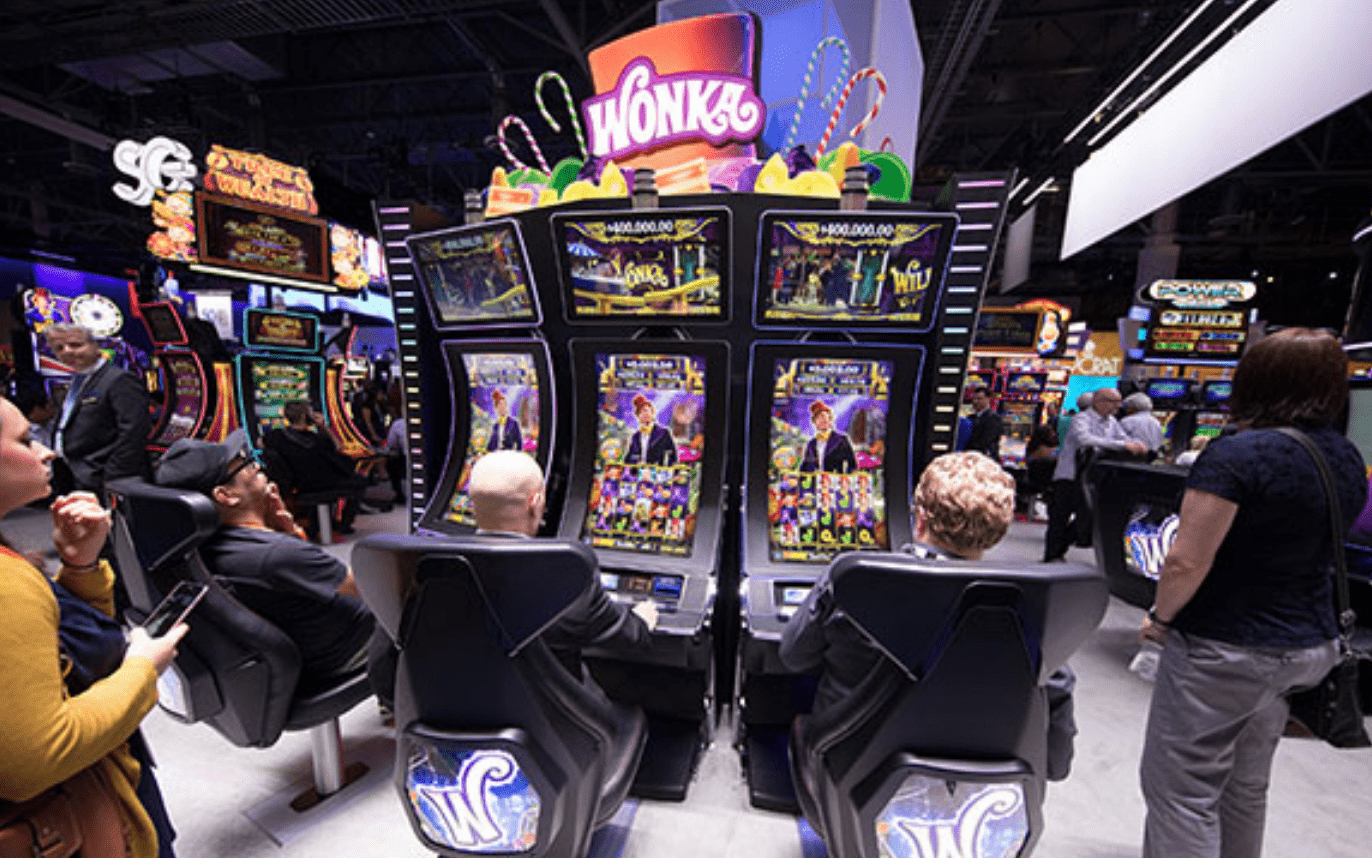 Las Vegas is the home of gambling and the city is also host to a number of important shows.

No, we are not talking about Britney Spears or whoever the latest pop star is to land a residency in Nevada’s glitziest town, but instead gambling industry events.

Global Gaming Expo – usually referred to as just G2E – is probably the most famous of them but throughout the year there are a number of big Las Vegas dates on the sector’s calendar.

NoDepositRewards editor Mason Jones had this to say  “Las Vegas is the obvious place to host these events as the city is an absolute mecca for gambling as well as those who are working in the industry itself.”

Here, we take a look at some of the most vital Vegas gaming shows you cannot afford to miss.

G2E is without a doubt the most important of the Vegas gaming shows, with thousands of people heading to the city every year to take part or to attend the event.

Playground for adults. So much to see as revolution in gambling rolls on

Launched in 2001, G2E quickly become one of the must-attend gaming shows in the world, with the most recent Global Gaming Expo having been successfully held in October.

During the 2018 event, innovation forums were set up to discuss developments in technology such as data science that are set to have a major impact on the sector in the coming years.

Speakers included Dr James McCaffrey, a senior research software engineer for Microsoft, who gave an address to delegates on deep neural systems and how this area may be about to have a major disruptive effect on the sports gambling industry.

Attending G2E, which is presented by the American Gaming Association, has become crucial for anyone who wants to stay in the loop regarding the newest technological breakthroughs.

As they are going to be at the forefront of the sector in the future, it is key to keep up!

The 2018 G2E also included its first Sports Betting Symposium, which lined up sessions on both the legal and business side of running a company in the industry.

There is even a spin-off event, Global Gaming Expo Asia, which is held in Macau and is focused specifically on the Asian gaming markets.

But the Vegas G2E is the pinnacle, without a shadow of a doubt.

While G2E seeks to cover all aspects of the industry, a lot of the other Vegas gaming shows focus on a small sector in order to provide detailed information to companies within them.

For example, the Cutting Edge Table Games Conference, which is held at the Paris Las Vegas Hotel and Casino, is a two-and-a-half-day event dedicated to table games only.

Brand new table games are always on display at the show, giving businesses the chance to sample what might just turn out to be the next big thing in the gambling industry.

While poker, roulette and blackjack are always likely to be among the most popular table games for gamblers, people are always looking out for new things to try so attending the Cutting Edge Table Games Conference is a must to keep up with the best new games.

The business side of the gambling industry is often the focus of shows in Vegas and the Casino Marketing & Technology Conference is no different.

This year the event was expanded from its usual title of the Casino Marketing Conference, which had been drawing crowds to Nevada for more than a decade.

Dozens of casino executives were booked to speak at the Casino Marketing & Technology Conference, with the most recent event held at Caesars Palace in July.

Adding technology into the fold was recognition from the people behind the event that when it comes to marketing, the latest technology is often a vital tool to have in the armoury.

Among the highlights was the chance to take part in Mobile Experience and Engagement Training – or just MEET for short – which the organisers of the conference claimed was the casino industry’s first mobile technology educational programme.

Last but not least is the TribalNet Annual Conference and Tradeshow, which is something a little bit different to the three other Las Vegas events we have talked about.

TribalNet focuses specifically on those who are working in the Native American industry, with the event held in November at the Hard Rock Hotel and Casino.

The 2018 TribalNet Annual Conference and Tradeshow will be the 19th time the exhibition has been held and it has become a key date on the calendar for Native Americans.

A trio of keynote speakers are lined up to lead the schedule for the two-day event, which has sponsors including Adobe, Rainmaker, Aristocrat, World Wide Technology and Microsoft.

While G2E, Cutting Edge Table Games Conference, Casino Marketing & Technology Conference and TribalNet Annual Conference and Tradeshow are four of the major gaming shows to be held in Las Vegas, there are many more and we have hardly scratched the surface!