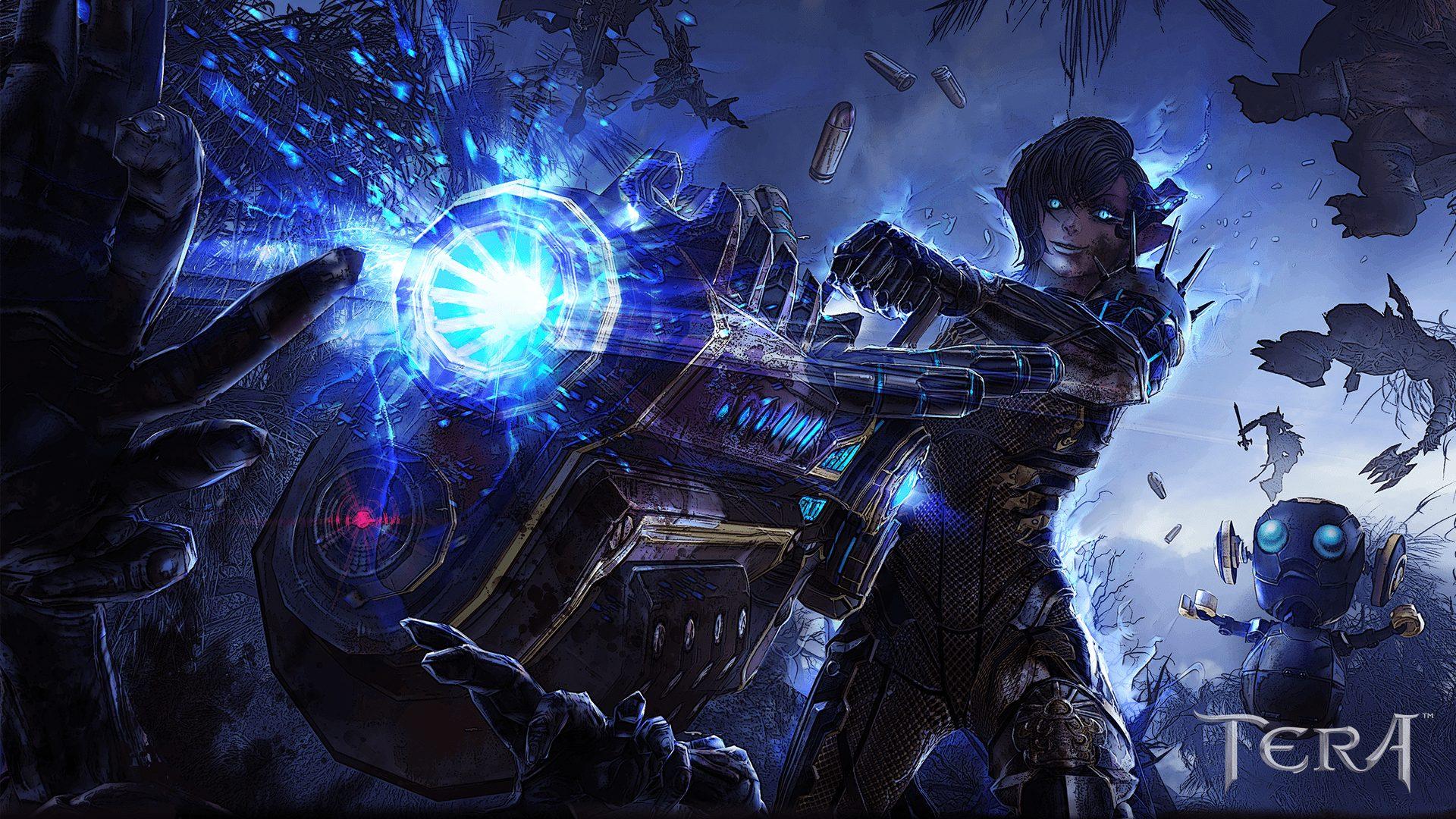 The Gunner has arrived for the console version of TERA. She is a high damage class who “wields a massive arcannon to mow down mobs of enemies”. All console players will be gifted a free character slot when logging in that can be used to create a gunner (or any other class). From now through July 22nd, new gunners will “unlock special rewards as they level up” and gifted an exclusive costume and weapon skin if they manage to hit level 65 prior to the end of the event.

The Gunner specializes in: