Home Blogs People worry the biggest game in the world might be turning children... 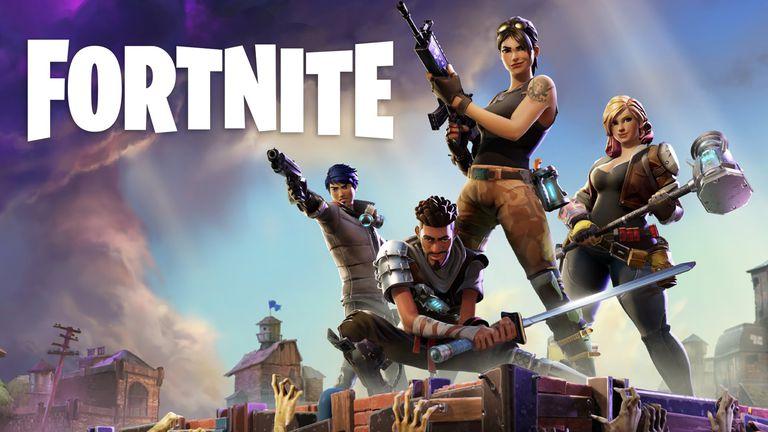 Fortnite Battle Royale recently became the biggest game in the world. According to an article by IGN, it has been played by approximately 45 million people worldwide, which is an astonishing number. What’s more, it’s watched on Twitch by an audience of over half a million people. It’s simply the hottest game on the market right now.

However, there are some issues brought up by the sheer popularity of Fortnite and other PC games. The Sun reported that games like Fortnite could be turning children into gamblers. Are these fears reasonable or are they just irrational? Let’s take a closer look at this issue, focusing on Fortnite and the issues this specific game can bring up.

Just in case you are not familiar with Fortnite and the game genre in general, here are some information that will get you into the picture.

That means the ultimate goal is to be the last one to remain alive by killing other players and avoiding getting killed by them. To do that, the players have to build an inventory of weapons and items that will help in battle, and utilizing them against other players. The usable part of the map, also known as safe zone” is slowly decreasing in size, forcing players to run into each other. In Fortnite Battle Royale there are up to 100 players in each game round, all trying to be the one to outlast all others.

The issue starts with the fact that this game is free to play, which means it can be downloaded for free and played without ever spending any money. However, there are micro transactions that allow players to buy the game’s currency called “V-Bucks”. This currency can be used to buy skins (graphic improvements) or a seasonal Battle Pass.

The Battle Pass gives a player some immediate rewards (skins, experience bonuses etc.), but it also allows the player to earn extra items by playing, including V-Bucks, for which a new Battle Pass for the following season can be bought. This is a really clever strategy by Fortnite, as it gives the players a very good incentive to keep playing.

Some people are worried that these games have content with similar characteristics to gambling, as The Sun mentioned in the article about this issue.

Other games are even worse

The gambling characteristics of Fortnite are not that clear, however, there are other games with a much stronger connection to gambling, the most notable one being Counter-Strike: Global Offensive, also known as CS:GO.

In CS:GO, players can also purchase skins, which generally improve the look of the weapons they use in the game. The real issue is connected to so-called loot boxes, which players can buy and open. They can get a great valuable item, or a bad one. Many people agree that the loot boxes have clear characteristics of gambling.

But the issue with CS:GO goes much further. There has been a great number of skin gambling sites created. These sites allow players to bet their skins (or other virtual games or virtual currency) on the results of professional competitions or on various games of chance, such as roulette or lottery. There have been lawsuits fighting against skin gambling, causing many of the websites shutting down, however, there are some that still function nowadays.

Generally, it can be said that online and brick-and-mortar casinos implement good measures to stop minors from gambling, such as ID and address verification, but there are many cases of children using their parent’s documents to gamble online.

Popular casino games such as slots or roulette can be played online for free, without real money and simply just for fun. There are also casino mobile apps that don’t enable players to play for real money, but allow them to purchase virtual currency to gamble with, which is arguably even worse than regular gambling.

The thrill of gambling for virtual items in games, together with the possibilities to play casino games for free, can definitely create unhealthy habits that can lead to serious issues with gambling addiction. That’s why this is something that should be taken seriously and addressed by the gaming industry.