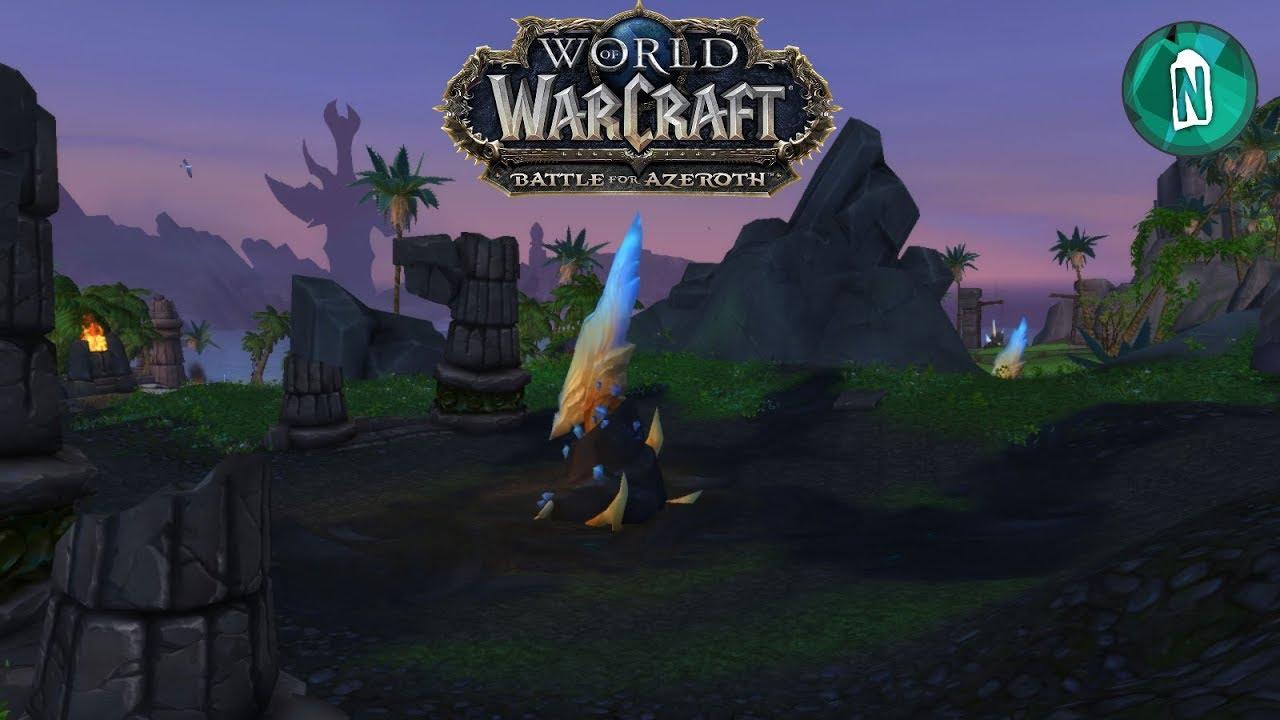 The Seething Shore Battleground is now live on NA servers for a limited time. The battleground is considered one of the precursors to the upcoming Battle for Azeroth expansion and will be available for one week only in each region and will be released in its final form with the expansion.

We’re introducing a new 10 vs. 10 Battleground to World of Warcraft, beginning with a special preview Brawl. Get ready to claim the incredible resources waiting on the Seething Shore!

Azeroth has been dealt a terrible blow; her wound is grave, and a powerful new substance known as Azerite has been seen seeping up to the surface. As hostilities between the Horde and Alliance reignite, both factions recognize Azerite’s potential to turn the coming battle in their favor.

Located on an island near Silithus, the Seething Shore challenges teams to compete for control of Azerite nodes. Three nodes are active at any given time, and the first team to collect 1,500 Azerite claims victory.

To succeed, you’ll need team coordination to lock down control of the various nodes across the island, all while keeping a keen eye on the sky for additional power-ups that could give your team the edge you need.

Take part in a special preview Brawl beginning February 27 before it goes live in the normal Battleground rotation on March 6!