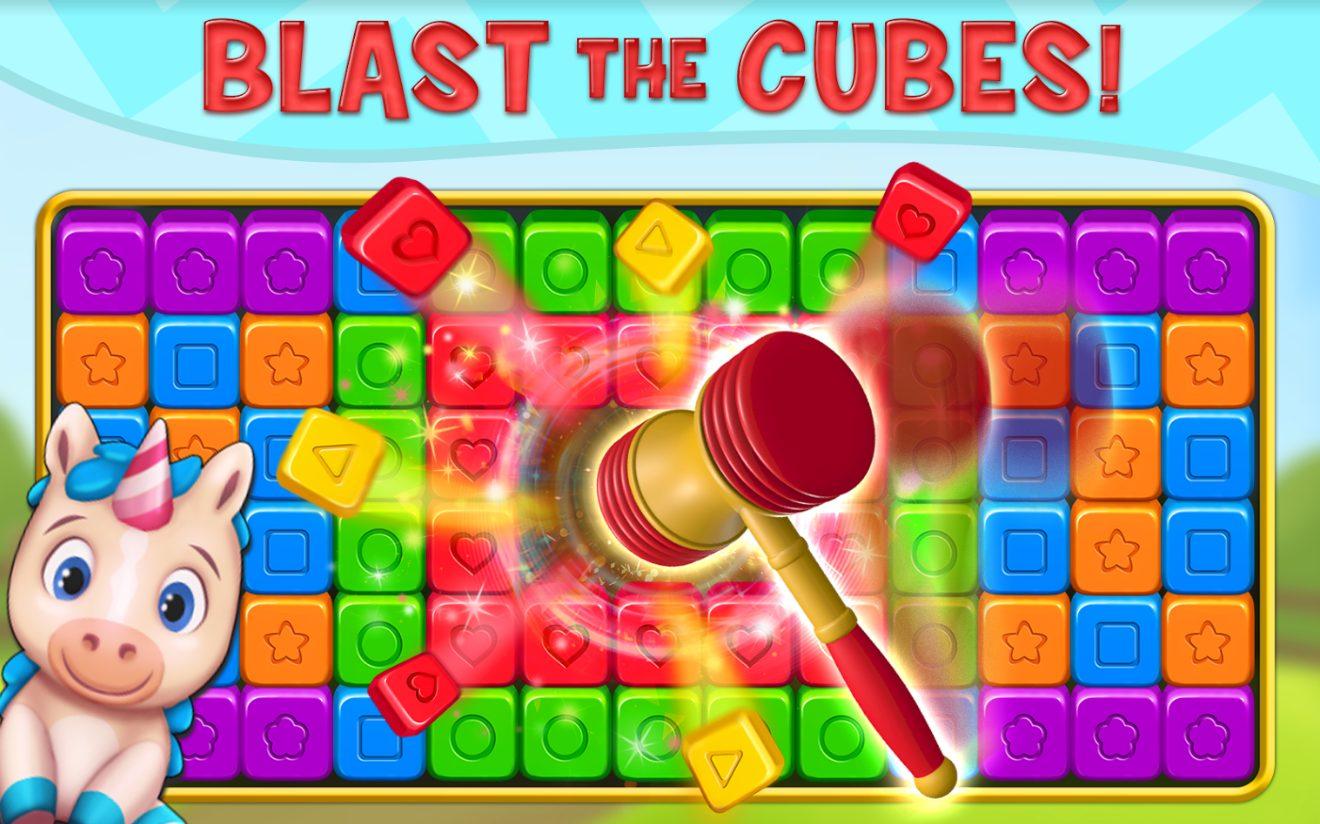 In the realm of strategy-based puzzle games, Cube Blast reigns supreme. This is one of the best games for free at the Google Play Store, and it’s also one of those highly addicting games too. Created by llyon, this brain training game features multiple puzzle levels where players are required to blast their way to victory by strategically solving individual puzzles and advancing to higher levels. The audio-visuals of this action/adventure game are crisp and clear. Players get to aim for targets, boost their gameplay, and clear challenging levels. Better than many of the universally popular board games out there, Cube Blast is all about putting together winning combinations, clearing levels and moving on to more challenging tasks.

It is 100% free to download and install, and there are in-app purchases to assist you if need be. The app has been expertly crafted to fit Android devices (smartphones, tablets, phablets) and offer uninterrupted gaming sessions for Android 4.0 and higher devices. To date, there have been upwards of 1 million installations of this popular app, and there are 50 new levels in the Cube Blast game. With a stellar rating of 4.5/5 from thousands of players, it is already the go-to selection for puzzle game fans the world over. There aren’t any balls in the game, rather there are cubes which make it more exciting to compete for big prizes and an improved points tally.

Some of the best features of the game include the power ups. Players can acquire rockets, bombs, and color wheels by making a Cube Match. For example, when you match 5 or 6 cubes, you will acquire a rocket. When you match 7 or 8 cubes, you will get a bomb, and when you match 9 cubes, you will enjoy a color wheel. These in-game boosters are designed to power you through levels and fast-track your way to higher points totals. This game is immersive, engaging and highly addictive. It’s one of the best games for kids, and it beats the bubble games in terms of fun-filled entertainment, 24/7. If you’re looking for one of the best games to play, Cube Blast should definitely be on your list of must-play titles.

How Does Toy Crush Measure up?

Toy Crush is another puzzle-style game that offers addictive gameplay, boosts, and interactive elements. It is free to download and install, and you are tasked with simply crushing the cubes by matching 2 identical cubes and then removing them from the horizontal or vertical panels. You simply tap them to crush them. You can also collect gummy bears by smashing eggs. Unlike many other puzzle games, there is no time limit on this one, so you can take it easy while you’re toy crushing your way to victory.

This game now has 144 new levels featuring a range of toys. It’s one of those classic brain games where players can match colorful cubes and then advance to higher levels of the game. As you might expect, it’s totally addicting, and has won praise from thousands of players around the world. Toy Crush currently enjoys a 4.5/5 rating, much like Cube Blast – the quality is paramount. This game has been installed between 1 million and 5 million times, so it has far greater reach with players, and judging by player feedback – it’s a big hit.

Put these Puzzle Games to the Test

When deciding between the two games, it’s a matter of personal preference. Both of them feature toys and are exciting to play. We personally prefer the bombs, rockets, and color wheel features of the former game, but you simply have to play both of these brain games to make that decision for yourself.