Home Blogs Decades In the Making: The Short History of MMORPGs 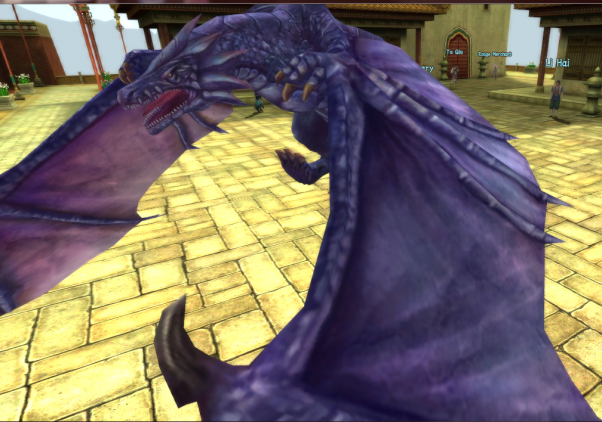 Today, we have an incredible variety of games at hand that we can play either free of charge or in a subscription-based model online. These top games of 2017 make use of the latest live streaming technology, the capabilities of modern-day graphics processors, the powerful hardware of smartphones, computers, and consoles, and the incredible creativity of their creators and communities, resulting not only in endless worlds to explore but a rich lore to dive into as well. And all this with graphics that are lifelike (as MMOs can be, filled with imaginary creatures) and detail-rich. But things were not always this fancy and rich. Massively multiplayer online games have a long and rough history behind them that puts many others to shame.

From D&D to MUDs

Dungeons and Dragons (D&D) was a highly influential tabletop fantasy game ever since its release in 1974. Its success has led to the spread of its play style – focusing on a single character’s development and adventures in a fantasy world. And when computers were added to the mix, a brand new form of gaming has emerged: the Multi-User Dungeon, or MUD in short.

The first MUDs were completely text-based, bearing in them the seeds of everything from role-playing video games to interactive fiction. MUDs have not limited themselves to fantasy worlds – they often relied on popular books, movies, and even historic periods for inspiration. The first widely used MUD was Colossal Cave Adventure, built by developer William Crowther in 1976. Crowther was part of the original development team behind ARPANET and developed Adventure in his spare time. The game took players on a quest to discover a massive cave system. It was text-based, with players having to enter simple, two-word commands to move around, and text responses from the game described their surroundings to them.

From Habitat to Meridian 59

Communities are at the heart of MMORPG games – and they were around for longer than you expect. Habitat, the first MMORPG to try to create a large-scale virtual community, was released by LucasArts 1985. The game, created by developers Randy Farmer and Chip Morningstar, was playable through Quantum Link, the precursor to America Online, on Commodore 64 computers. The game’s influence is undisputed – it is to this day considered the forerunner of modern-day MMORPGs, with its community of players that could meet and speak through the virtual world. Habitat and its descendants (WorldsAway, Dreamscape) lived on until 2014 and attempts to revive the game are being made as we speak.

A decade after Habitat, the first true MMORPG emerged: a game called Meridian 59. Published by 3DO, the game was the first 3D graphical MMORPG ever, and one of the longest-running original online RPGs in history. It was released commercially in September 1996 after being released in a limited form one year before and ran until it was released to the public as freeware in 2012. While its visuals are considered very outdated today, the game is still an exciting form of interacting online.

The modern history of MMO games is filled with titles that have achieved world fame: Anarchy Online, Dark Age of Camelot, Final Fantasy XI, EVE Online, World of Warcraft, and the list could go on for pages. And there are quite a few titles that are already defunct yet fondly remembered by their players, like Star Wars Galaxies, Warhammer Online, and City of Heroes. Then again, there can’t be a successful and massive MMO world without a few casualties, right? Hopefully, they will continue to thrive for years and years to come.