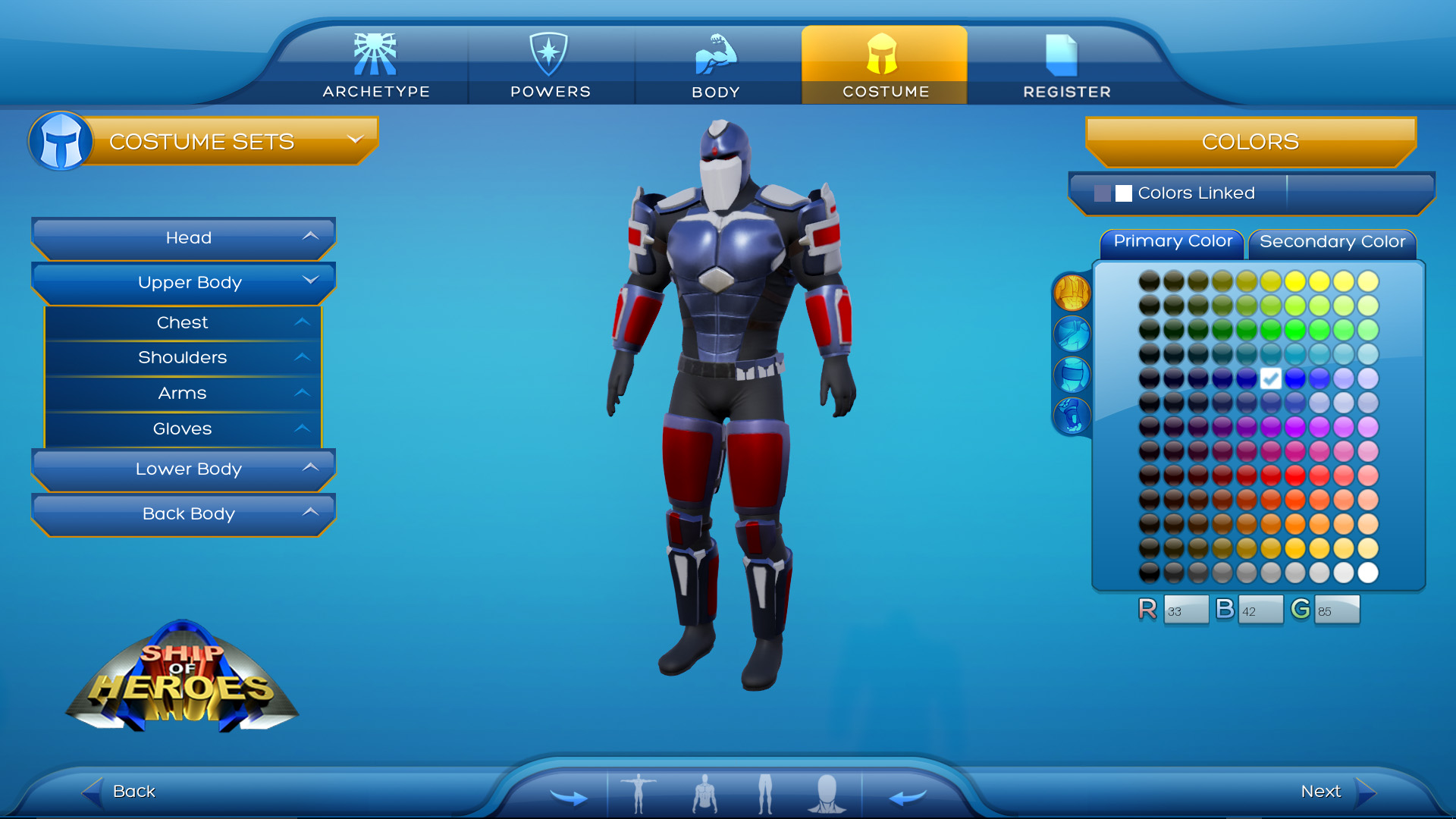 Big improvements have been made by the team to the character creation, including interface updates and how players will be able to choose primary and secondary power sets.