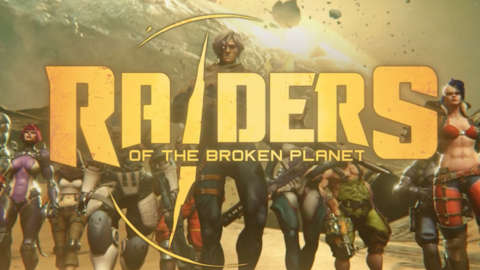 Raiders of the Broken Planet has launched on PC, PlayStation 4 and XBox One. The game is free to download. The Prologue features two missions, four characters and begins an epic story that will unfold over time. The first campaign for 2017 is called “Alien Myths” and is available for $10 and features four additional missions, more story, four new characters, weapons and more.

In Raiders of the Broken Planet you pick your protagonist and work together with three other players in a counter-operative adventure. The biggest idea underpinning the game is something akin to Dark Souls, whereby a single player, The Antagonist, can invade a match just as it begins and choose to fight alongside the bad guys against the four-player human team. The goal of this Antagonist is stop the Raiders and prevent them from achieving their mission objectives, which change from scenario to scenario in each mission.