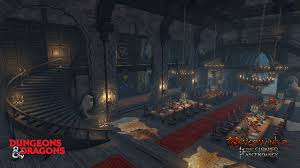 The Shroud of Souls update for The Cloaked Ascendancy has been added to Neverwinter on consoles. Players can now experience a quality of life improvements to Strongholds as well as improvements in both cooperative and competitive gameplay.

New features for console players include: