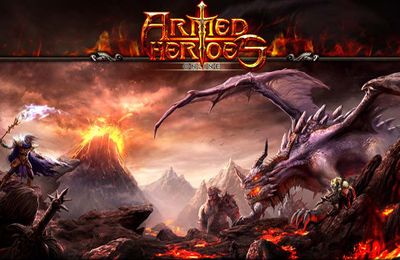 AH2 is a fully-featured mobile RPG which is set to be releasing soon. To prepare players for release day, the team has shared a list of some of the game’s main features including information about the story, classes, character creation and game play.

After a night full of chaos, Omega Empire, the legendary ancient civilization, had been fallen apart and crime rose uncontrollably. Seemingly, everything receded back to primitive status with the collapse of the whole continent. Three centuries later, the land is still occupied with demons and evils. However, in this time, you, the leader, will go on a journey to restore peace and defeat demons.

When the game begins, players are given a choice between one of four classes: Warrior, Druid, Mage and Archer. Although you have to choose one of these four starting classes, the game will add class switch system, allowing you to transfer to the one you favorite most. But unfortunately, there is no male or female character to choose from to play.

Armed Heroes 2 is a stage-based action RPG. There is a single-player campaign that takes place in instanced stages on a large map. You control your character with a virtual joystick and have buttons to attack, dodge, and use skills. The combat is fast, action-oriented, and smooth. Each stage has a backstory behind it and an objective to complete. The combat is fluid and involves running through a map killing enemies and a boss at the end. Each stage can be completed in around 2-5 minutes.

Armed Heroes 2 has a colorful, medieval fantasy theme that ranges from brightly lit cities and cold, icy caverns to dark, fiery dungeons. The graphics in Armed Heroes 2 are visually impressive, and the game does look fairly detailed with flashy effects and partially destructible environments.

Currently it is only known that the game is nearing completion and that the release will be in the very near future.