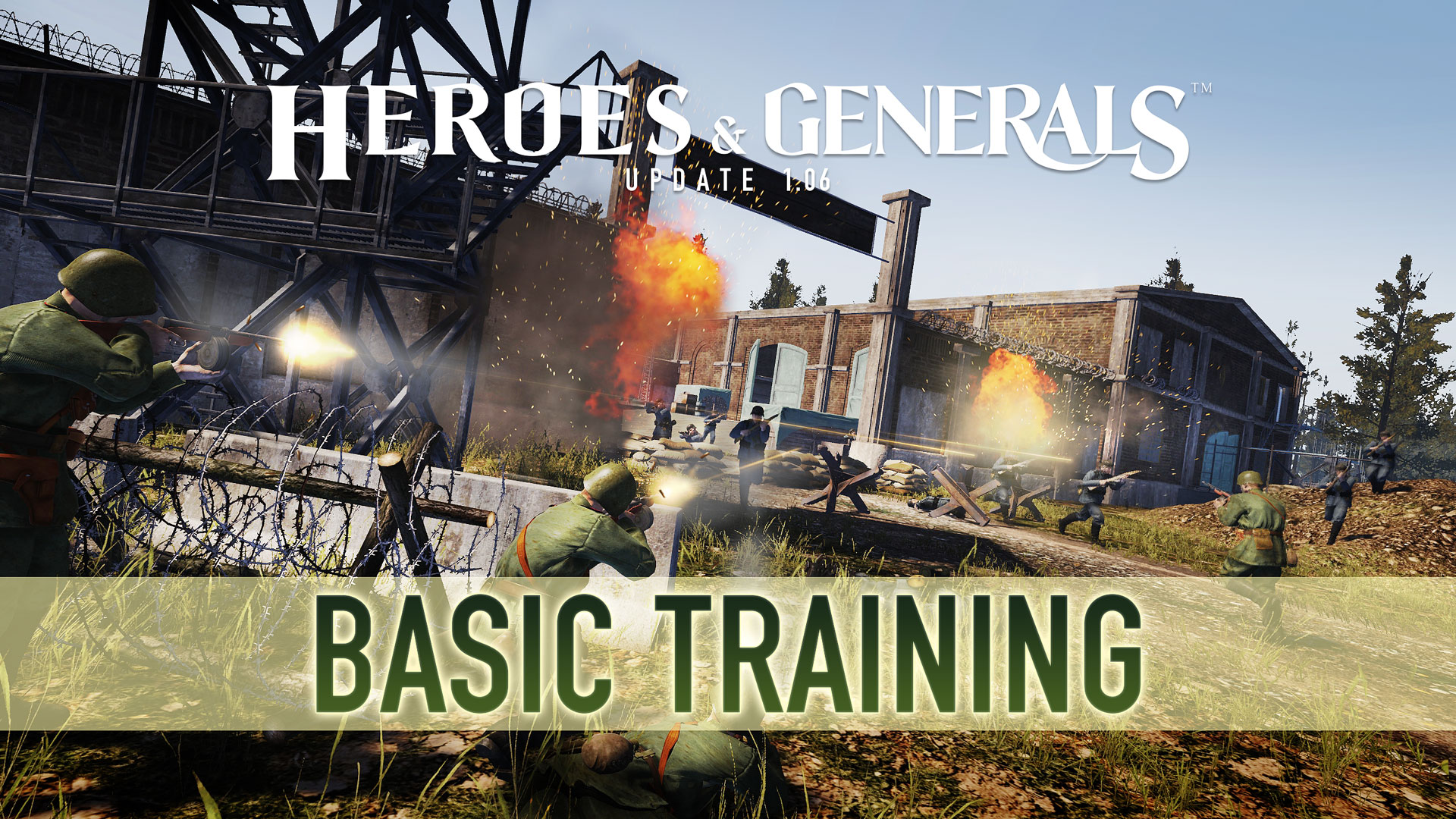 Reto-Moto announced this week that Heroes&Generals received its 1.06 Update – Basic Training introduces ‘combat and tactical training tasks’ for ”new players with an engaging and fun first time experience in Heroes & Generals – to give new players a fighting chance and an opportunity to learn the basics of the game by adding a tutorial and tutorial bots”. Tutorial bots were also introduced:

”To get new players faster into battle and make them a bit easier to play we have added tutorial bots. When you as a new player enter into an encounter battle on the Depot map the servers will only wait for other human players a short time before It tops-up your team with tutorial bots.”