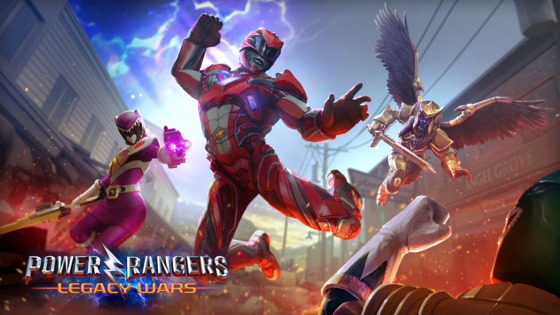 Players from the 90’s will be excited to hear that their childhood is now coming into action in the MMO world as Lionsgate and nWay have announced a strategic partnership to create a real-time multiplayer PvP title called Power Rangers: Legacy Wars. The game is expected to be out in March 2017 for both iOS and Android devices. Characters from the upcoming movie as well as “past and present Rangers and villains” will be making appearances in the game alongside characters from the 24-year series.

In Power Rangers: Legacy Wars, Rita Repulsa, evil space witch, will step into and corrupt the Morphin Grid. As she manipulates reality in an effort to implode the Grid from within, Rita will create virtual monsters and Ranger clones programmed to fight on behalf of evil marking the first time players will experience Power Ranger against Power Ranger game play. To beat Rita at her own game, Zordon will give players special powers and the ability to curate their own team of legendary Power Rangers and villains from the multiverse.