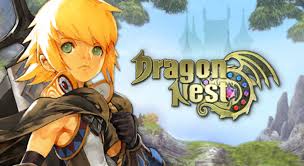 Nexon America announced a little while back that it will be transferring operation of the game in NA to Eyedentity Games in September.

“Despite our best efforts to reinvigorate and grow the game, the Dragon Nest community has continued to dwindle. After much deliberation we have arrived at the difficult decision to discontinue the North American service of Dragon Nest and transfer the publishing of Dragon Nest to Eyedentity Games in September.”

Players have from now through September 26th to sign an in-game agreement to transfer their accounts over to Eyedentity or else it will be too late after that to retain your account. Eyedentity will take over Dragon Nest’s operation on September 27th, at which point Steam will stop carrying the game. Players who still have Nexon currency are advised to spend it before the 27th, because that will poof into the nether if there’s any left over.