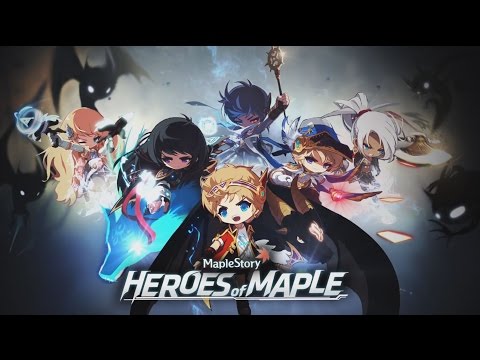 Nexon has sent word that Heroes of Maple, Reborn: Act 1 will launch in June, Blaster, which introduces a new class, launches in July and Damien featuring a new boss will be released in August.Players registering between now and Jne 20th will be able to grab hold of a free Heroic Android Pack with a Neinheartroid.

June – REBORN: Act 1 of the Heroes of Maple storyline will be added to the game and two of the major heroes from MapleStory, Aran and Evan are getting an extreme makeover, with all-new and improved skill changes and fighting features! Many jobs will receive skill balances and updates as well.

July – BLASTER: Nexon America will introduce a brand new class to MapleStory, giving players the ability to blow their enemies away with massive hand-cannons as they traverse through Acts 2 & 3 of this captivating storyline.

August – DAMIEN: Maplers will have a devastating new boss to battle in their quest to save the world from complete destruction in Act 4 of the storyline.