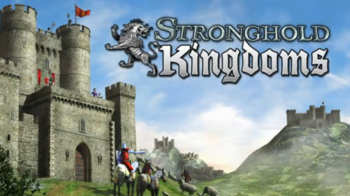 Stronghold Kingdoms, a MMORTS genre game, will be launching across several platforms in Summer 2016. Players will be able to cross-play between PC, Mac, iOS and Android devices.

Stronghold Kingdoms recreates the fictional setting of the original Stronghold (2001) as a massively multiplayer grand strategy game. Cast as a feudal Lord – or Lady – players are free to farm peacefully, engage in political mind games, become a wealthy trader or aggressively siege thousands of other players! Starting with a humble village players must design and defend their castle before turning their eye to the rest of the country, Europe or the entire ‘Global Conflict’ world map. Whatever path they choose players will find strength in numbers as they band together, uniting with local Factions and player-led Houses.