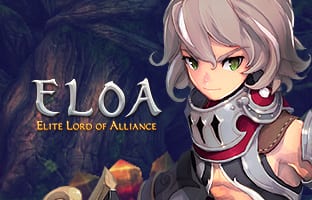 WEBZEN has announced that the triple-action hack ‘n’ slash MMORPG ELOA: Elite Lord of Alliance will start the initial beta test in NA and EU on Tuesday , 13th of October (UTC). The sign-up is now live and interested players with a WEBZEN account can now download the game client for the initial beta version on the official ELOA website. Along with the official ELOA website, further information on the game and the community forum are now available. Players will be able to express their comments and feedback on the game with other people on the forum. Players can sign up for the ELOA initial beta test simply by using their existing webzen.com account. To make things a little bit more interesting , an official trailer is released, which can be watched from below:

To stay updated with more of the game features , you can also follow their official facebook page by visiting it from here.