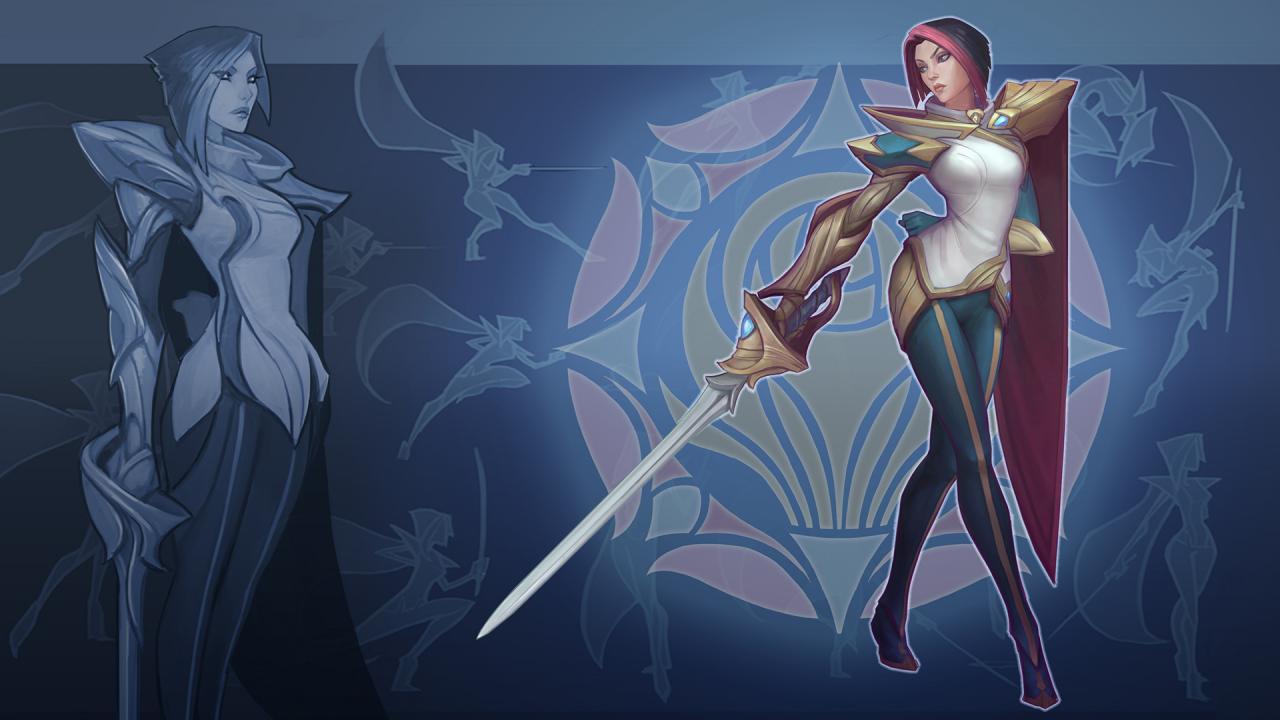 Compared to a few of the more recent champion updates, Riot has launched Fiora pretty recently. Still, she’s one of them tricksy melee marksmen/fighter types who was supposed to be a fleet-footed fencing duelist, but who, once she had a few items, could just lunge up to the other team’s squishies and smack ‘em for a quick and easy – and unstoppable – kill. That was her single gear, really, and because Fiora was only good at killing, when she didn’t have the damage to do her single job, she couldn’t do much of anything.

Changes were needed, so Riot have added in non-damaging tools to help Fiora and her team, then balanced that out by reducing some of the undodgeable killing power in her kit. She’s still all about outplaying her opponents, but now has the tools she needs to play from behind or help her team out in ways that don’t involve straight up slaughter. Voila, or whatever.

Fiora identifies the weak spots – or vitals – in the defenses of all enemy champions she comes close to. If she manages to attack her enemy’s weak spot, Fiora deals extra true damage for that attack while gaining a small heal and short boost of speed. Fiora reveals a new weak spot whenever she attacks one, or when a moderate period of time passes without it being attacked.

Fiora lunges in a target direction before striking a nearby enemy, dealing damage and applying on-hit effects. Lunge prioritizes enemy champions, and tries to hit enemy weak spots. Finally, some of Lunge’s cooldown is refreshed when the ability strikes an enemy.

Fiora gains increased attack speed on her next two basic attacks. The first cannot crit but slows her target, while the second is guaranteed to crit.

Fiora targets an enemy champion, gaining speed and full knowledge of their vitals. Each time she destroys a weak spot, she deals percent max health true damage. If she’s able to destroy all four weak spots, or if she destroys at least one before her target dies, Fiora creates a large and long-lasting zone under her enemy that heals Fiora and her allied champions.