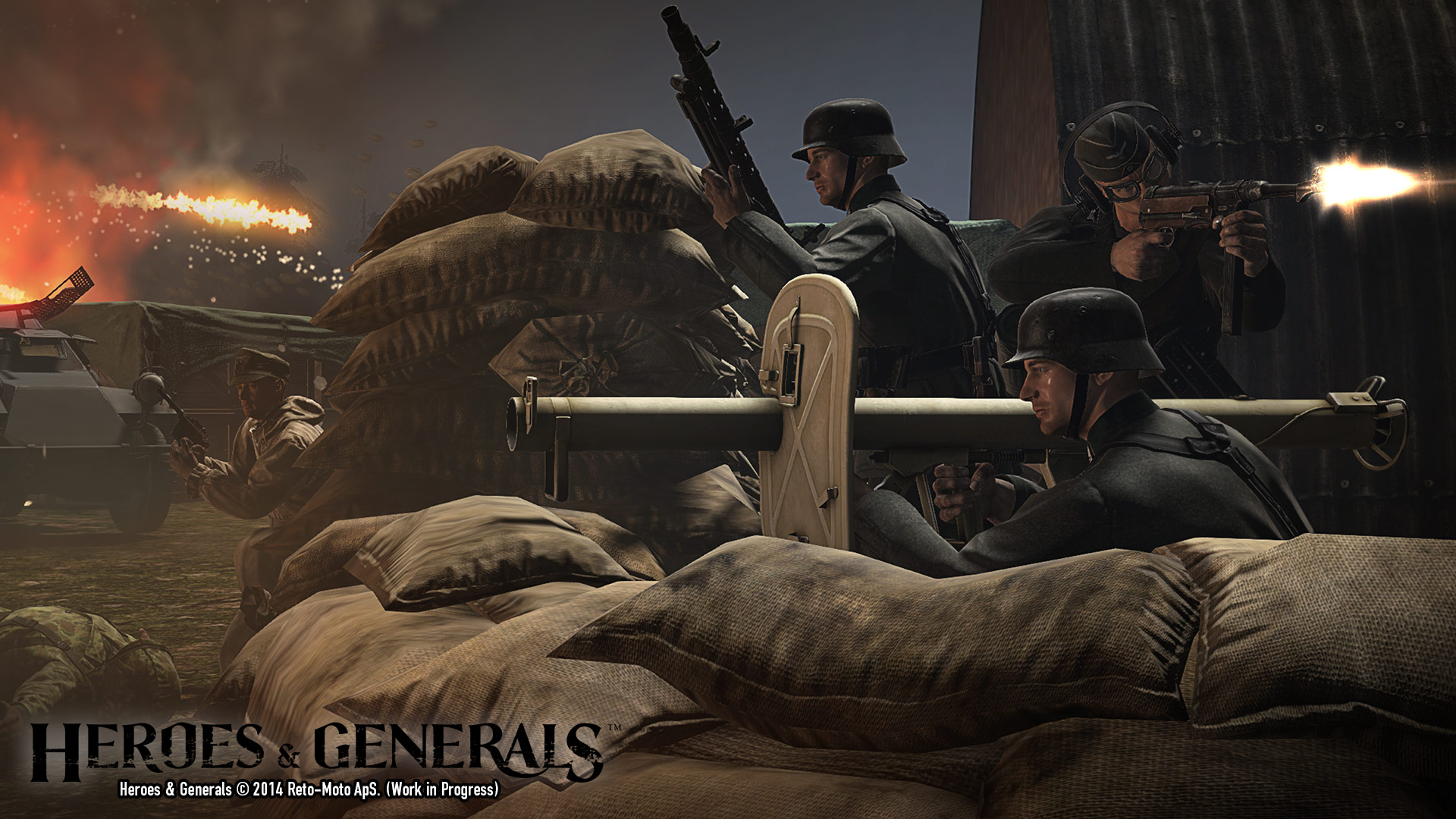 Heroes and Generals latest update: Vasilevsky is full of performance and quality of life improvements. The newly released Forward Airfield map sees a number of updates including udpated cover, a new optional capture point in the middle of the town, and safer spawn points to prevent spawn killing.

Weapons and their damage also sees visual updates. It’s now possible to see the difference between armour and non-armour peircing ammunition. There are other weapon updates and tweaks detailed in the video below. Firing rockets should be a little easier now as they have a quicker travel time, giving them a more direct trajectory. This should result in less need to lead your shots at all ranges.

Heroes & Generals is a free-to-play Massively Online FPS with a strategic multiplayer campaign, set in the midst of World War II Europe, where the United States, Germany and the Soviet Union all fight each other for control. Players can choose to play as ‘Heroes’, fighting in varied roles as soldiers or commanding planes, tanks and other vehicles, or take control of the war as ‘Generals’, determining strategic direction and managing battlefield assets, army units and reinforcements.

There are updates to the strategy side too. Moral score has been added to leash assault team’s ability to keep fighting, like in real life, you need to stop and rest at the right point.

Currently in open beta, Heroes & Generals has over four million players and is available for PC on Steam where the game is consistently featured in the top 10 of free-to-play games on this platform.