The latest champion to join the League of Legends has been revealed. His name; Bard, The Wandering Caretaker. You might guess from his name that he’s intended as a support champion and he has a really unique skill set. He’s actually rewarded for roaming around the map, his passive, Traveler’s Call lets Bard find Ancient Chimes, that grant him exp, movement speed, and mana. He also collects Meeps, small spirits that he can launch at enemies, they also grow in strength as Bard finds more Anicent Chimes.

His main skill set is a mixture of crowd control and movement, he can stun, create tunnels through walls, heal allies and even lock down champions (friendly and not), turrets, minions and monsters with his ultimate, which forces them into a untargetable and immobile state, just like Zhonya’s Hourglass. There’s a high potential for missplay and/or trolling if he miss uses that ult, but play him well and your opponents will be on the back foot. 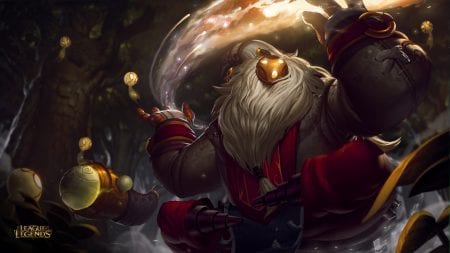 Find out more on the official reveal.