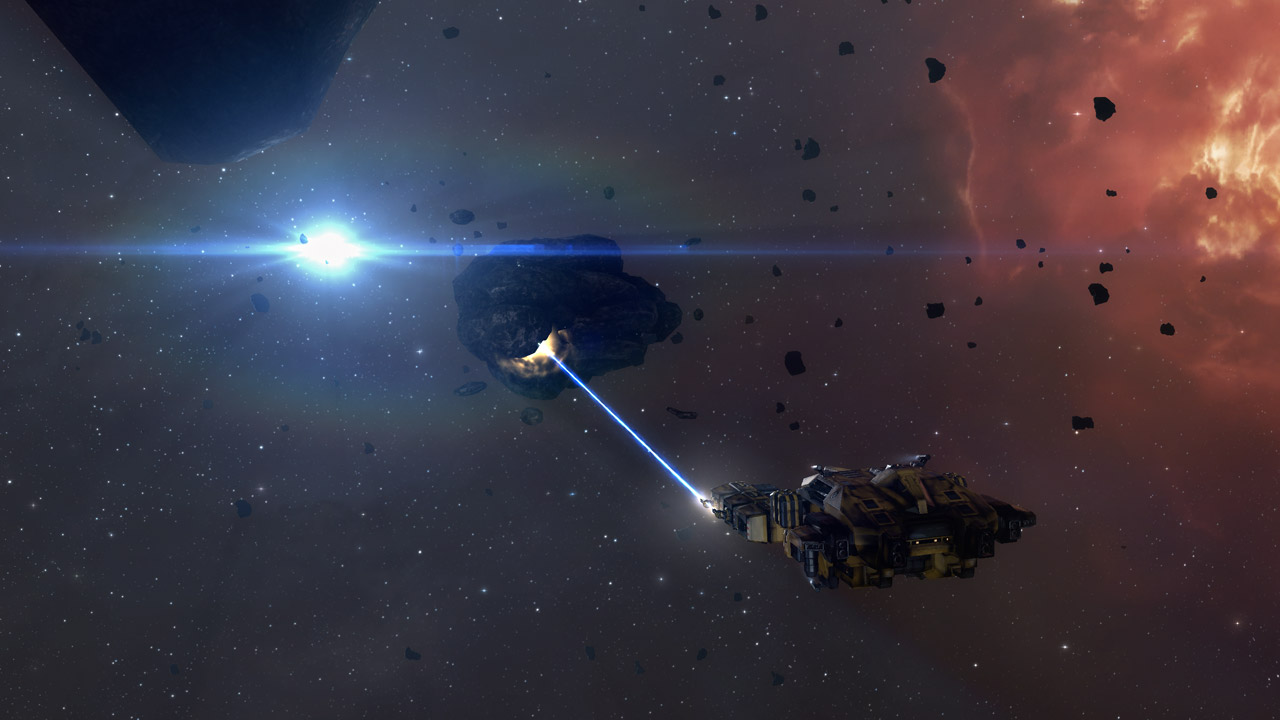 Recon ships get the once-over, with the most notable change being their immunity to detection by common Directional Scans. A new look arrives for the fortified-yet-spacious Gallente Exequror. Hull variants for the Oneiros and Navy Issue will follow in coming releases.

Polluted with the fragments of countless pulverized rocks, asteroid belts now offer a more visceral look and feel. Dust particles, light rays and smog enhance the atmosphere of asteroid belts, offering, too, cues as to the level of activity and traffic in the area.

The remnants of long-abandoned mining colonies can now be found in starter and career agent solar systems, ensuring that the newest capsuleers always have access to some Veldspar close to home. The rocks remaining in these locations are too small for optimal mining by experienced players in Mining Barges, but newer players in Rookie Ships and Ventures will never have to search far from home to find some asteroids to mine.

Get the rest of the details at the official release page and in the video below.