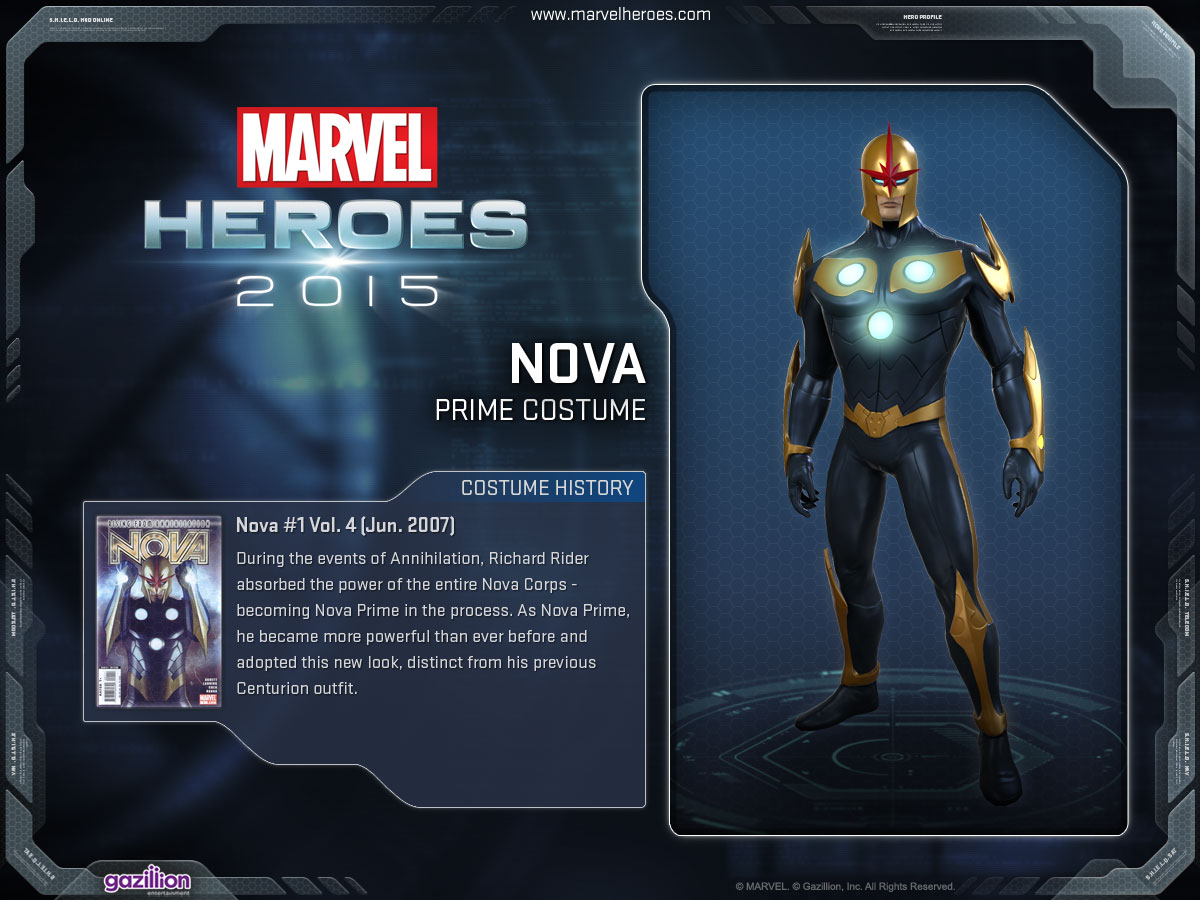 Richard Rider spent his early years as a normal kid growing up in New York before being chosen (seemingly at random) by the last surviving member of the Nova Corps. Rhomann Dey (who had also suffered mortal wounds in the final battle of the Corps).

Transferring his powers to Richard, Rhomann gave him a seemingly impossible task: become the last herald of the Nova Corps.

Becoming the “Human Rocket”, Richard uses his newfound cosmic powers to fight super villains both on Earth and off-world. He would eventually be called back to the reformed Nova Corps to assist them in policing the galaxy, and upon their fall during Annihilation, inherited the entirety of the Nova Force to become Nova Prime.

Able to move in and out of combat effortlessly, Nova can use both his melee and ranged powers to defeat enemies quickly.

In addition to his hybrid powers, Nova can also utilize the Nova Force to create Pulsars – hotspots which detonate after some time for various effects or be detonated by many of his powers! Play as Richard Rider as Nova Prime or check out the new Nova with the Sam Alexander Costume. The Sam Alexander Costume features alternate VFX on powers as well as unique power icons.