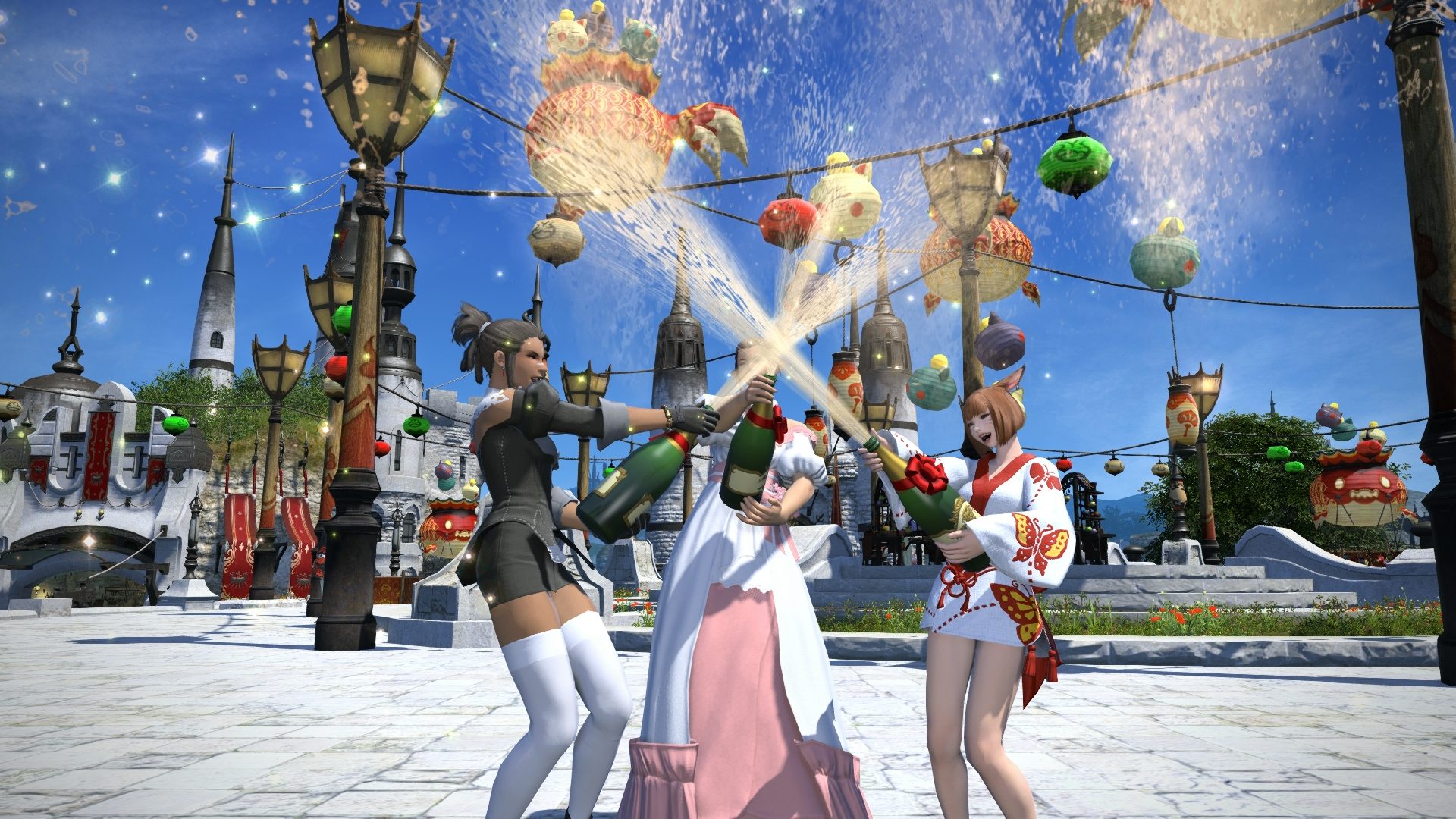 With the first anniversary of Final Fantasy XIV fast approaching, SQUARE ENIX Ltd., today updated everyone on a host of special events underway to commemorate the milestone. Full details can be found on the official FINAL FANTASY XIV: A Realm Reborn Anniversary page.

To celebrate this momentous occasion, a free log-in campaign will run from today through to 1st September (11am GMT). During this time, players who have previously purchased and registered FINAL FANTASY XIV, and whose service account is set as inactive during the campaign period, will be able to re-join the adventure throughout the realm of Eorzea and play for free.

The one year anniversary takes place on 27th August, bringing with it exciting events for fans around the world. This includes a special in-game event; The Rising – in memory of those lost to the Calamity. From 28th August, through to the close of The Rising event on 8th September (14:49 GMT), players can purchase various commemorative gifts and items (in-game) and will also be rewarded with the “Huzzah” emote to mark the occasion.

With only five days to go until the official one year anniversary of A Realm Reborn, other celebrations are already underway including an exclusive illustration countdown. Until the 27th August, fans can view new, breath-taking illustrations created by members of the game’s art team – published daily on the Official Anniversary Website. As well as this, fans can further join in the global celebration by taking part in a range of additional special events, including;

14th August 08:00 – 8th September 14:59 (GMT): The heavens are ablaze with fireworks as Eorzea celebrates the Moonfire Faire! A host of events are planned for this year’s faire including various surprises and rewards. The Moonfire Faire gives players the opportunity to better acquaint themselves with the guild, and see what it truly means to be an adventurer.

From the date of the official one year anniversary on 27th August, a series of messages from members of the development team will launch, with updates scheduled daily.

Tales from the Calamity

15th August – 12th September: Over the course of five short stories, key characters will revisit events surrounding that fateful day, offering insight into the Calamity’s effect on the lives of many and more. First tale “Where Victory and Glory Lead” is available now on the anniversary website.

23rd August from 03:00 to 17:00 (GMT): Livestream including 17th Letter from the Producer LIVE, talk sessions with special guests, tips and tricks from the battle team, atma challenge, and much more!