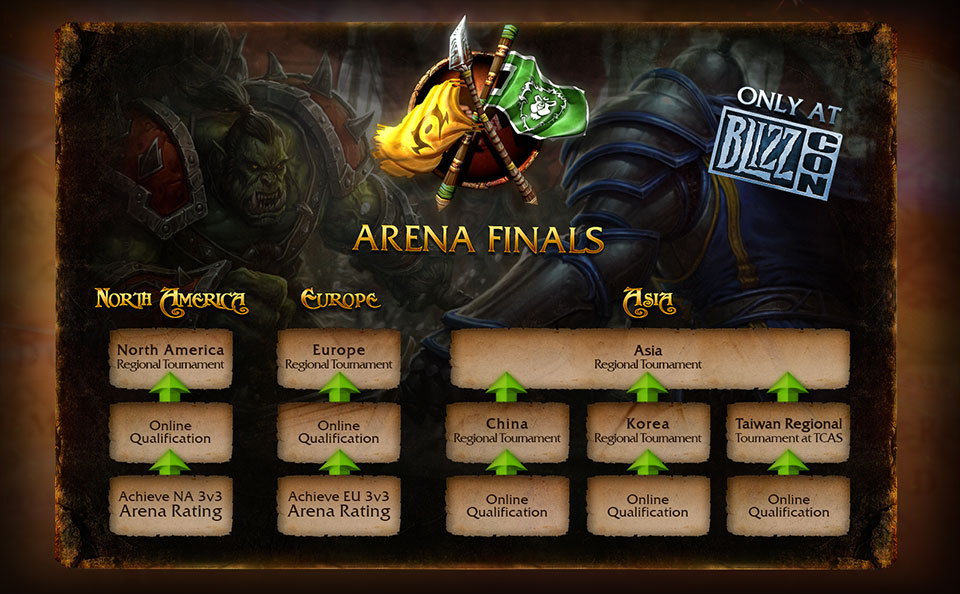 Spectator or a well oiled competitor, here’s the information that Blizzard have released regarding their World of Warcraft Arena Invitational Global World Championship. It’s taking place November 7 and 8 at BlizzCon 2014 in Anaheim, California, and you know it’s going to be excellent.

Eight of the top 3v3 Arena teams from around the globe will compete for a chance to face off live for a share of $250,000 USD.

The WoW Arena Invitational Global Championship will be played in a best-of-seven format beginning within the Nagrand Arena with the losing team deciding the next map from the remaining pool of eligible maps. Each game will last until one team is eliminated, or until 15 minutes have elapsed.

In the end, only one team will claim the ultimate victory as World Champion and $120,000 USD.

If you’re a spectator, you’ll be able to catch all of the action live online, even if you can’t make it to the show in person—stay tuned for more information.