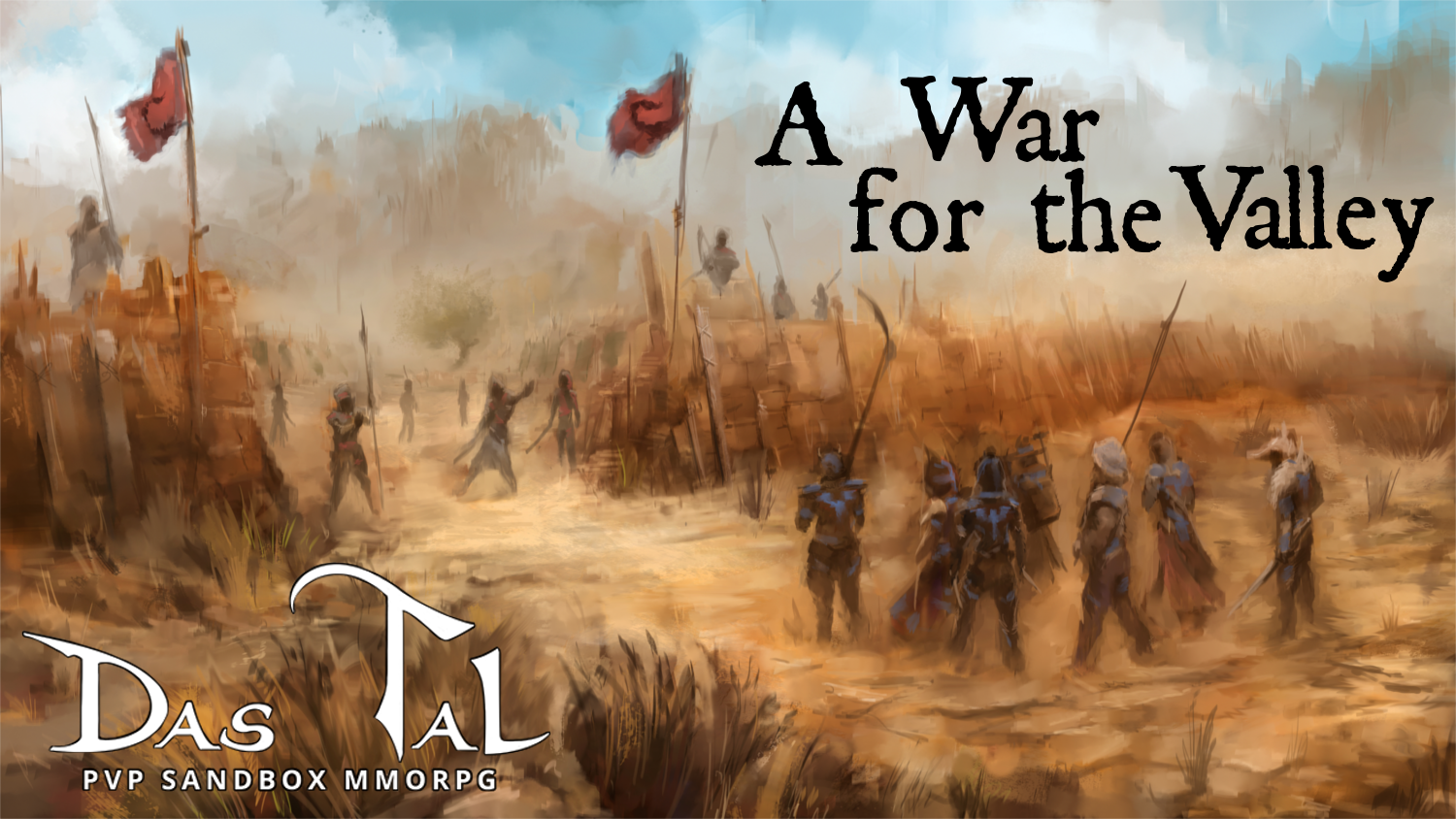 Last month Fairytale Distillery announced that their PvP Sandbox ‘Das Tal’ would be entering testing in July, and have set the date of their first test: July 20th. Testers will be selected from the pool of applicants, but it isn’t too late to apply, as they will be constantly adding news testers based on their credentials and not only on the date they applied. Click here for the alpha signup page.

This early build will focus on having fun with some good old-fashioned PvP combat. The gameplay will involve two clans battling it out over five key landmarks on the map, earning points to win the round with the more landmarks they capture and defend. Players will choose between three armor classes and three weapons sets, combining these however they like to fit their playstyle. The playtests will focus on fast paced and diverse combat situations with this mix of characters fighting for map control. Additional features such as experience gains, character progression and proper clan warfare will come later in development.

The test’s storyline hints at the game’s underlying lore, and will set the scene for the battle that the testers will take part in. It tells of two groups of people being cast into the valley by unknown enemies from the city above. Surviving in the harsh environment is difficult enough, but when the groups discover each other and grow uneasy, they realise they may need to fight over what little the valley has to offer. You can read the full story on the play-test page.

The play-test page is also the go to for all information on the tests. It includes details on how to sign up, what will happen if you’re accepted, and everything you need to do once accepted to participate. It will also display a test schedule which will be updated throughout the test phase, so people can check when they will next be able to play.