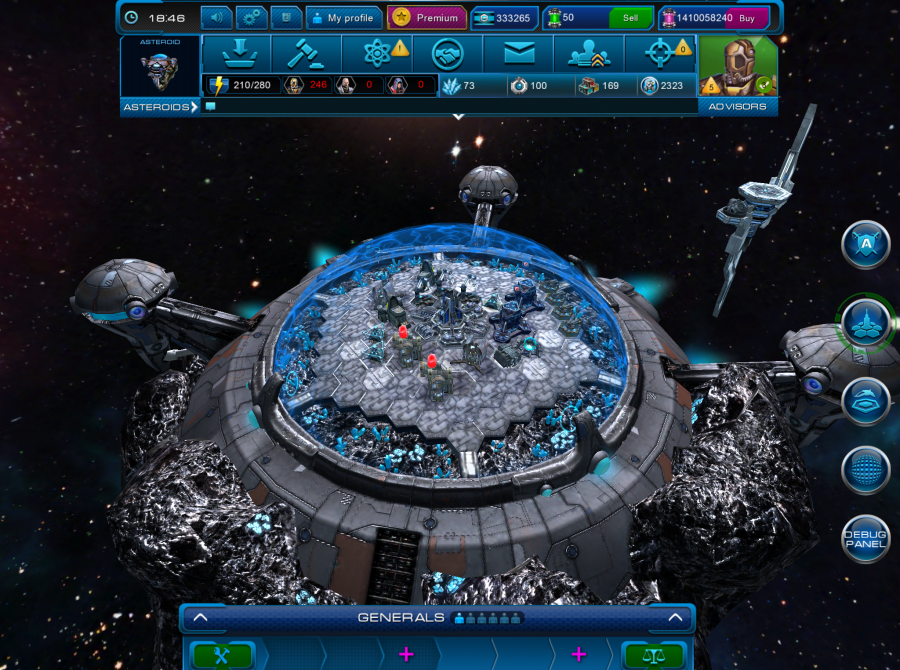 The BISBOG Group have announced that Astro Lords: Oort Cloud has officially launched in English language territories, as of 10AM PDT / 1PM EDT July 1, 2014. Following a successful three-week beta test, the free-to-play science fiction, mmo is now available to all players in North America and Europe. Everyone can create an account and dive in right now, for free at the official website.

During beta testing, over 2,800 players registered and logged more than 45,000 hours of Astro Lords browser gameplay. Players mined over 17.5 million crystals, earned over 10.7 million credits and racked up over 19,000 victories in the combat arena.

All beta testing activity has been wiped from the game, ensuring a fresh start for all players. Everyone will start on an equal footing at the Tutorial stage, meaning all early players in the game will have the advantage over latecomers, with more time to develop their asteroids, sciences and skills.