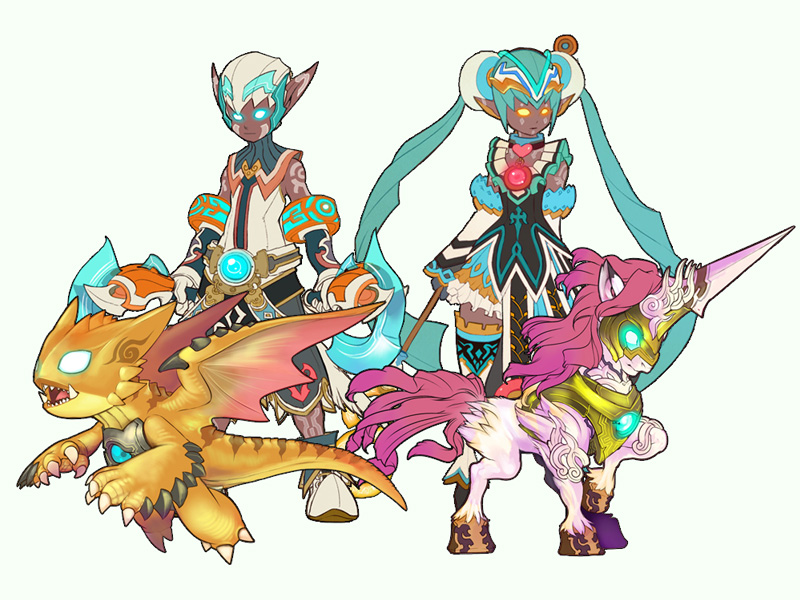 Be prepared for fireworks this Independence Day! Aeria Games can announce that their free-to-play anime MMORPG Aura Kingdom has successfully passed Steam’s Greenlight process, and will be available on the well-known platform from July 4th.

The game, which was officially launched earlier this year through the Aeria Games website and Aeria Games’ own gaming platform Aeria Ignite, has already proved very popular and has a vast, loyal set of fans. Now Aeria Games is excited to welcome a host of new players into the fold by making the game available on Steam.

“Having a game launch on Steam is a sign of trust in the quality of the game and the service we provide,” said Dr. Pascal Zuta, CEO of Aeria Games. “We are very excited to now be able to offer Aura Kingdom to a wider audience through the Steam platform.”

In Aura Kingdom, players take the role of envoys of Gaia, gifted individuals who set out to save the world of Azuria. Together with their companions, the eidolons, which they collect along the way and can perform devastating combo-attacks with, they can go on quests, explore dungeons and battle fellow envoys in PvP arenas. To celebrate the launch, all defeated monsters will be offering a 50% increase in drops, for this weekend only.