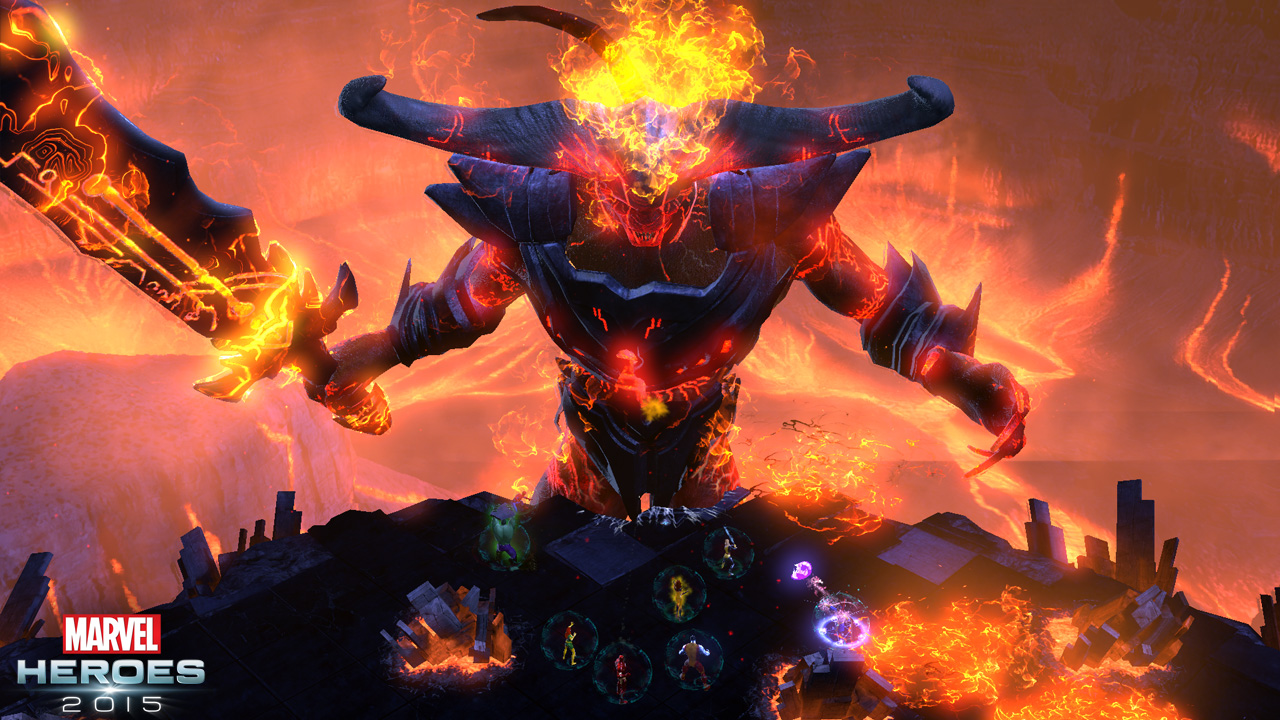 Thank you so much for an amazing first year of Marvel Heroes! With the bar set so high from our Big Ten event this year, we knew we had to deliver even bigger for the momentous end of our anniversary month for Marvel Heroes 2015. For Epic Twelve, we not only brought back favorite events from last year but have created several new events!

Here’s the list of events that make up the Epic Twelve celebration this weekend:

1. Return of the Reaper – Every few hours, a different game mode will have increased loot, rotating between Terminals, Midtown, and X-Defense and Holo-Sim.

2. Legendary BOGO – BOGO for heroes and costumes are back along with a 15% bonus G sale.

3. Even More Cowbell – Log in on Saturday, 6/28 for a Cosmic Cow King Crate. Loot for the Bovineheim and Confidential Bovine Sector will also be increased!

4. Devs with Benefits – Play with the devs, ask them questions & receive codes for mystery gifts.

5. Runes Reloaded – Drop rates for the rarest of runes have been increased as well as sale values.

7. Cosmic Chaos – Cosmic Doop spawn rate has been increased and will drop random a Cosmic Medallion and Cosmic Ring. Cosmic Penta Boosts also make a comeback in the store.

9. Alpha Omega – Earn more Omega Orbs as rewards for Shared Quests are tripled and are 10% easier to acquire. Log in each day to receive an extra Omega Orb.

10. Teamwork 101 – Team Insignias drop rates will be increased, Team-Up Heroes will deal increased damage and all Team-Up Heroes prices will be 20% off! Log in each day and receive an Epic S.H.I.E.L.D. Team-Up gear.

11. Accidents Happen – Server side rarity boost will have a few unexpected increases at random times through each day, lasting anywhere from 10 to 30 minutes.

12. Old School – Hero Tokens for any hero have a small chance of dropping across the game.